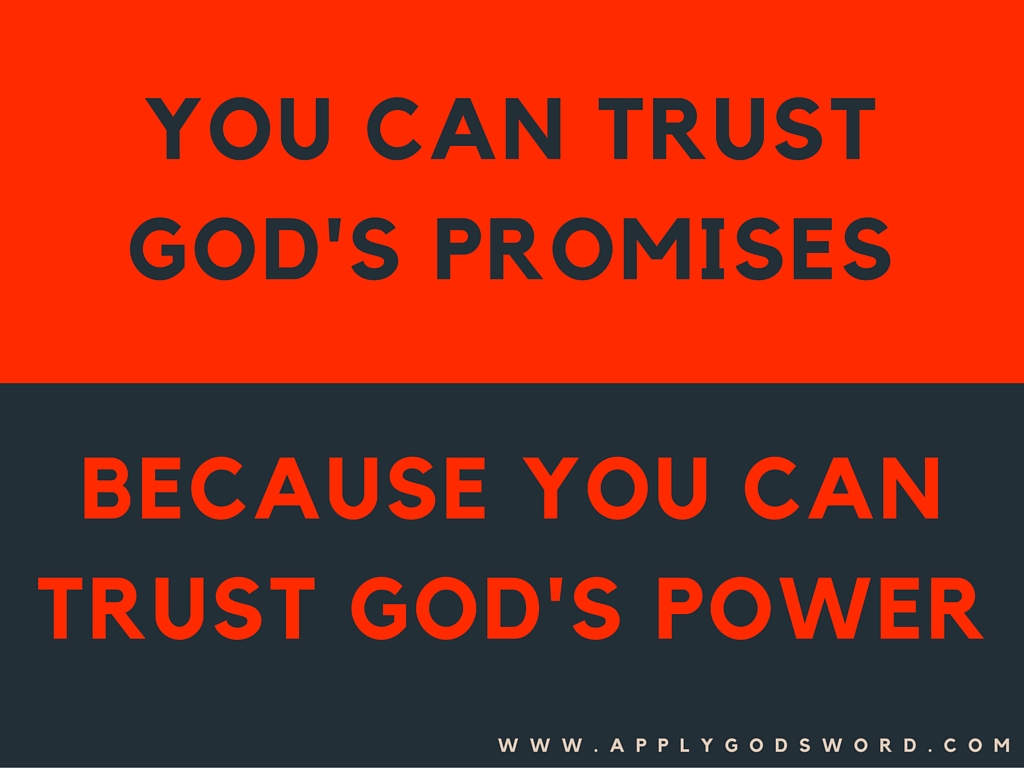 Imagine a man who loved a woman, but he was going off to war and he didn’t know when he would be back. Before he left he promised her that when he returned, he would marry her. How odd would it be if the woman jumped the gun and went out and bought her own engagement ring? She wanted the promise to be fulfilled, but she did not want to wait, so she took matters into her own hands.

Life is a journey. The path to God is straight and narrow (Matthew 7:14). But throughout the journey of life there are so many ways to veer away from God. Perhaps one of the most common ways is to seek God’s promises and blessings in your own power.

You Can’t Fulfill God’s Promises in Your Own Power

Humans are naturally impatient. God gives us a promises or puts a good desire in our heart, and because he does not fulfill it as quickly as we want, so often we take matters into our own hands. This always leads to sin.

As you read through Genesis 15-18, the order of the events is shocking. In Genesis 15:4-6, God promises Abraham an offspring who will be multiplied into a vast nation. Abraham believed God, but when we come to Genesis 16:1-2, apparently Abraham and his wife felt that they needed to help God fulfill his promise through their own power. So, they took Hagar, Sarah’s slave, and gave her to Abraham. Hagar became pregnant with a son, Ishmael.

This was not how God wanted to fulfill his promise. For in Genesis 17:18-19 it states, “And Abraham said to God, ‘Oh that Ishmael might live before you!’ God said, ‘No, but Sarah your wife shall bear you a son, and you shall call his name Isaac. I will establish my covenant with him as an everlasting covenant for his offspring after him.”

They had a great promise from God, but they veered from God’s path by trying to fulfill that promise themselves in their own power. In Genesis 18:13-14, it states:

The LORD said to Abraham, “Why did Sarah laugh and say, ‘Shall I indeed bear a child, now that I am old?’ Is anything too hard for the LORD? At the appointed time I will return to you, about this time next year, and Sarah shall have a son.”

Let’s quickly recap the events. God promises Abraham a son but does not tell him when this will happen, Sarah and Abraham take matters into their own hands and produce a son through Hagar, and then God reveals that this was not what he wanted because he had an “appointed time.” When God finally told Abraham a specific time that Isaac was to be born (Genesis 18:14), it was thirteen years later after he had made the original promise to them (Genesis 17:25). So God made a promise to Abraham and Sarah, but he waited thirteen years before telling them how and when he was going to accomplish that promise. So they should have waited at least thirteen years longer and then God would have fulfilled the promise himself.

If you read the whole story for yourself, you’ll see that because Abraham tried to fulfill God’s promise in his own power, huge problems occurred that could have been avoided. The same is always true in our lives as well.

If you are single, God probably has a spouse for you. God isn’t, however, going to show you when he is going to bring that person into your life. So many get off track by taking matters into their own hands by dating non-Christians, by settling for the wrong type of person, or going into a black hole of depression rather than getting out there so God can bless them. 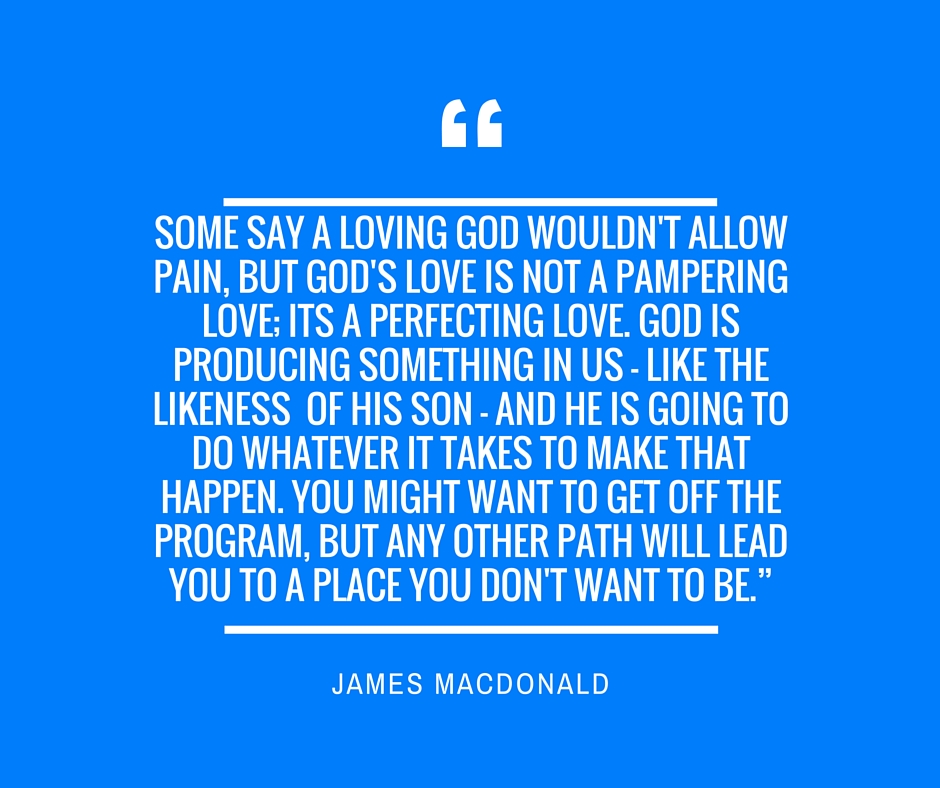 Sometimes as Christians when we stand for truth we are persecuted for it. People will attack us unjustly, even people we thought could be trusted. Throughout the pages of Scripture, God has promised that our persecutors will be dealt with by God and thus we are not to avenge ourselves (Romans 12:9). Often times, however, rather than wait for God to fulfill his promise his way and through his power, we take matters into our own hands. We find our own mud to sling at our persecutors as they have done to us. We attack them as they have attacked us. We reveal the truth about them but we do it in a way that is not honoring to God and is not in his timing.

When we take matters into our own hands like this, we always create extra conflict for ourselves that we could have avoided. God can be trusted. He’s powerful enough to fulfill his own promises. We just need to give him the time to do what he has already committed to do but only at his “appointed time.”

In 1 Samuel 16 God promised David that he would be king. He was just a boy then, and there were going to be many twists and turns before that promise was going to be fulfilled.

As David grew into a man, surely he could sense that the promise was getting close to fulfillment. He had killed Goliath, won many great military campaigns, people were starting to gather to him and leave Saul, and everyone could see the writing on the wall that Saul was losing his kingdom and David was eventually going to be the king.

David’s commitment to the Lord was tested when David could have killed Saul. Saul wandered into a cave where Dave and his men where, and David’s men urged him to kill Saul and take the kingdom for himself. David could have assumed this was his time to fulfill God’s promise. Hadn’t he waited long enough? Hadn’t he done enough for God? How much longer would he have to wait to take hold of that which God had promised him so many years ago?

In the end, David made the right decision. Not only did he eventually become king as God had promised, he avoided turning from God through the process, thus also avoiding all kinds of trouble for himself.

We must, through the grace of God, seek to do the same in our lives. God has promised many amazing things to us both in his word and to us personally. Rarely, however, does God’s timetable match our expectations. The only thing we accomplish by taking matters into our own hands is creating huge, unnecessary problems for ourselves.

God is powerful enough to fulfill his own promises. Surely he will lead us to do certain things in life so we can receive those promises. None of what I am saying is meant to encourage us to just sit on the couch and watch the clock. To receive God’s blessings, he will require you to be active in the process. But we need to seek God and remain close to him so we have the wisdom and direction to not take matters into our own hands and walk outside of his will for our lives.

God can fulfill his own promises for you. Trust him. He is worthy.