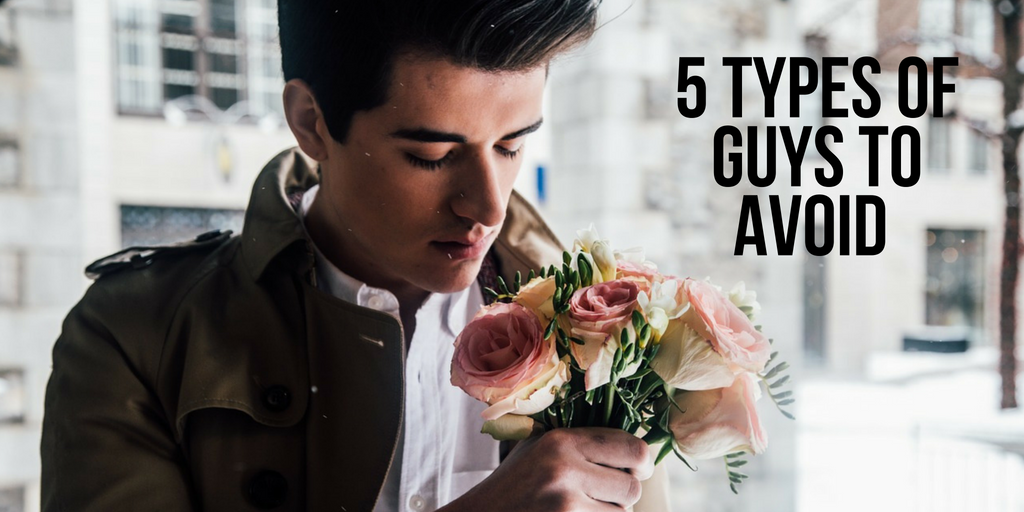 So what are some Christian dating red flags that a woman should look for when she is interested in dating a man? Here are 5 types of guys Christian women should avoid.

The shape shifter is the type of guy who will say anything to get what he wants from a girl. This type of guy is especially dangerous for Christian women because it will be easy for the woman to like a guy who says all the right biblical words.

However, as Christians, we must be careful we are not tricked by someone’s words. We must also pay attention to the way they live their lives and what they say in other contexts (James 1:25). A shape shifter will be Baptist on Monday and a Catholic on Tuesday depending on what girl he is trying to impress.

Many times a Christian woman is so eager to find a husband, she is willing to date someone who at least says the right things. Often times she is also impressed by a man who is willing to take on her Christian convictions to be with her. However, a man who says he believes whatever you want him to believe so he can be with you is a dangerous man to date or marry.

You want a Christian man who would love and follow Christ even if you were not. If man is “following Christ” for your sake, he will stop following Christ whenever there is a problem between you and him. However when a true Christian husband has a problem with his wife, his Christian faith will be what keeps him going. Christ is the fuel for his love for his wife. His wife cannot be the fuel for his love for Christ.

Another guy that Christian women should avoid dating is the guy who screws up, apologizes, and then keeps screwing up and apologizing over and over again. If you look for a perfect person to marry, you will remain single your whole life. You want a man who is humble and confesses his sins when he hurts you or does something wrong. But confession is not enough.

Within Christianity, confession is only part of true repentance. True biblical repentance means you turn the other direction and you seek to change your behavior. All people will make the same mistakes more than once most times in life. If a guy struggles with anger, it is unrealistic to think he will make one mistake, repent, and then never sin in anger again.

What should be expected of a godly man is someone who is improving and is on the road of sanctification. While his anger, for example, will not vanish overnight, he should be working on self-control every day so he will be getting better and better over time. Too many Christian women are willing to subject themselves to abusive men who say they are sorry only to continue in the cycle of abuse with no real repentance.

If you want a healthy Christian marriage, look for a godly man who not only apologizes but puts in the work to change so he does not hurt you over and over again with no improvement.

One guy that should be avoided and not dated is the man who wants to be mothered. Many women find a guy’s neediness and obsession with her flattering . . . at first. It feels good to be needed. Sometimes a guy like this masks his desire to mothered through playful baby talk and through jokingly asking for the woman’s tender affection. He wants to be soothed by her.

Overtime, this becomes odd, unhealthy, codependent behavior that is unfitting for a man of God. God has called a Christian husband to sacrificially lead his wife. A man who wants to be mothered is not capable to fulfill his duties as a Christian husband and father. Going to work, disciplining children, and making sure his family is well taken care of on a daily bases is hard. It is joyful but it is a lot of work. A man who wants to be mothered just won’t cut it.

The overly controlling guy should always be seen as a red flag to a Christian woman who wants a healthy marriage one day. At first, his attention and desire to know everything can be seen as a positive. Who doesn’t want to be well looked after and cared for? However, the control freak takes it way too far. His motive for knowing everything is not based in a desire to serve but in a desire to control and dominant a woman’s life.

The control freak does not get better with time. He gets worse. He doesn’t relax with the more information you give him. He gets more frustrated and creates new reasons in his mind to be paranoid. Control freaks have often been betrayed in the past so they are very skeptical and want to avoid getting hurt again. So they try to control everything to keep themselves safer. Control freaks are often very narcissistic and want everyone’s worlds to revolve around them.

Do not date a control freak. If someone is being too intrusive, attempt to set new healthy boundaries with this person. If they respect those new boundaries and do better, perhaps they are not really a control freak and they just needed some clarity on what’s okay and what’s not okay. But if this person cannot respect your boundaries in Christian dating, don’t think that marriage will change anything. It’s best to increase your boundaries with someone like this by breaking up and removing them from your life.

There are many other types of guys to avoid in Christian dating as a woman, but one of the guys you should really look out for is the insanely insecure guy. Every human, including good Christian men, struggle with insecurities from time to time.

That is not what I am referring to. I’m talking about the guy that needs daily, intense reminders that you still like him. If this guy is constantly needing his ego stroked and is completely basing his self-worth in how you view him, this is a recipe for disaster.

A good Christian husband must have his identity rooted in Christ first and foremost. To lead well, he must know that he has a strength and value to offer even when there is an issue between you two. One of the core ingredients to a strong Christian man is being secure with himself because of his confidence in Christ’s transforming gospel work in his life.

So if you are a Christian woman who wants to date and marry a godly Christian man, look for a guy who truly loves Jesus and has his identity rooted in Christ.