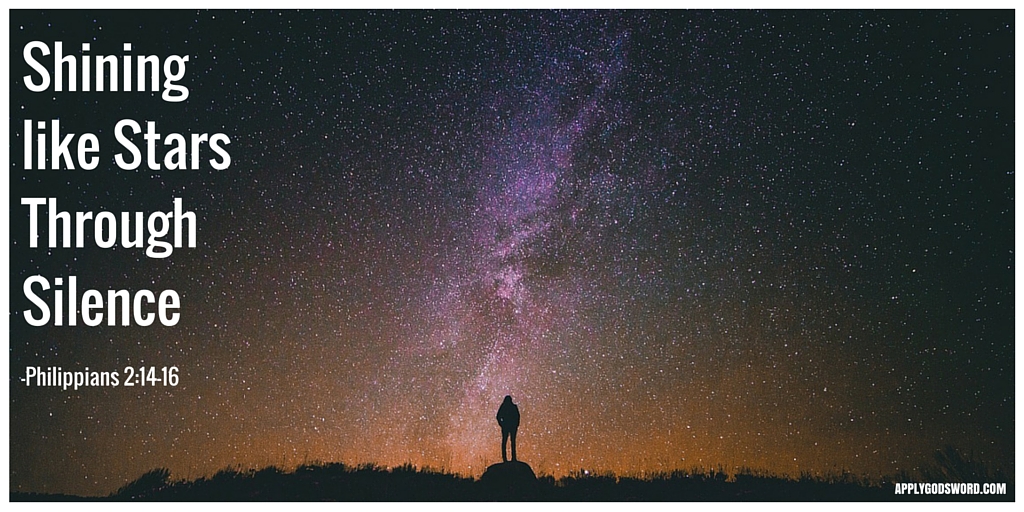 Perhaps this is why Jesus remained silent when he was accused. Pilate’s job was to hear people be accused and then hear them defend themselves. It was a normal day at the office for someone to stand before him and explain why the accusers were wrong.

Perhaps Jesus knew the only way to truly get the attention of those who were persecuting him was to remain utterly silent. Perhaps Jesus knew that to open the eyes of the blind, he had to show them something no one ever did. Everyone defends themselves when accused. Everyone complains and argues when opposing viewpoints and inflammatory remarks are chucked like a hand grenade meant to kill the enemy. But Jesus said all he needed to say through his silence.

When you do what someone expects, you don’t draw anyone’s attention. People notice you when you wear color to a black tie event. People are shocked when a person starts yelling and causing a scene in the middle of a quiet public setting because it is unexpected. No one is shocked when someone is yelling and causing a scene at a football game or a boxing match because that’s what you expect to happen at a sporting event.

Silence is sometimes to the world the least expected response of a Christian; therefore, at times, it has the most power to draw the world’s attention. When Christians are going through a series of tests – perhaps a sickness, financial trials, parenting struggles, marriage issues, or even religious persecution – and yet they don’t complain and they don’t argue, this is how they can “shine like stars in the sky” (Philippians 2:15).

Stars shine in the universe because the majority of the universe is black nothingness. When you look up into the night sky, the percentage of black space to shining star matter is incalculably more in favor of blackness. Therefore when the eye sees a star, it is drawn to the star because it contrasts so much with the majority of the universe. Likewise, Christians who do not complain, who do not argue, but who simply “hold firmly to the word of life” (Philippians 2:16) are so much the minority that when they appear in this dark, complaining world, the eyes of humanity can’t help but to be drawn to them and their message, which is the gospel of Jesus Christ.

Therefore, if we hope to shine like stars in this “warped and crooked generation,” we must learn to shine not only through proclaiming the truth, but through our silence in the face of persecution, trials, and testing.

When Jesus was asked if he was the King of the Jews, he confirmed this statement because it was the truth (Matthew 27:11). But when he was confronted with lies, accusations, and hate, Jesus simply stood silent. Pilate and everyone present were then forced to take a closer look at Jesus because he did what no one on earth would normally do; he spoke powerfully through his silence, “But he gave him no answer, not even to a single charge, so that the governor was greatly amazed” (Matthew 27:14).

May we be so full of the Spirit that we proclaim the truth in the loudest, clearest, most powerful way possible, even if sometimes this means that we remain silent.