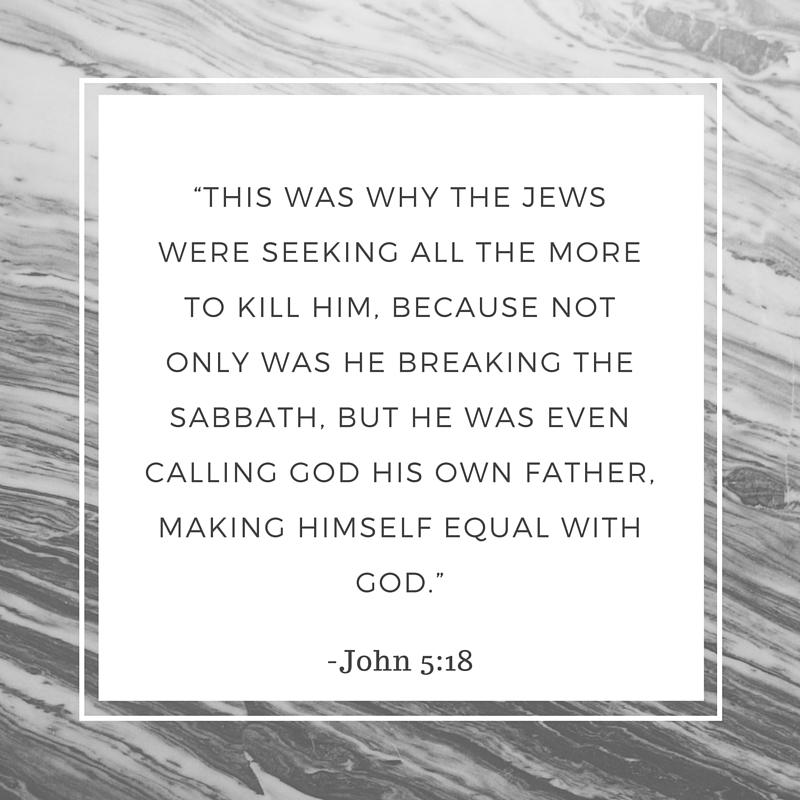 With a closer look, however, at the reasons the Bible gives on why everyone wanted to kill Jesus, we will find something surprising. The thing that really infuriated people in Jesus’ time on earth is the same thing that infuriates people during our time on earth: a commitment to truth, specifically the truth about Jesus Christ’s deity.

No One Wanted to Kill Jesus Just for Helping People

In war, you can often know what is most important by what your enemy most attacks. Throughout the history of the Christian Church, God’s people have not most often been persecuted for acts of service, giving financially to important needs, or for partnering with local governments and community services with the intent of ending some social inequality.

It really annoyed and angered the Jewish leaders when Jesus would heal and help sinners, but what put them over the edge was Jesus’ claims about himself being God’s Son (Luke 22:70-71). When they brought Jesus before Pilate, the allegations revolved around his teachings, not his acts of service (Luke 23:4-5). Likewise, when the disciples began to spread the Good News and perform miracles, they were not told to stop performing miracles; they were told to stop speaking and teaching about the name of Jesus (Acts 4:16-20).

Everyone Wanted to Kill Jesus Because of His Doctrine

If you want to start a fight with religious people, it’s not going to happen by joining up at the local soup kitchen to feed the poor. I remember awhile back when the Jehovah’s Witnesses came knocking at my door. Our conversation was cordial when we were talking about how God wants us all to love and serve everyone. However, when I asked them why their false bible has changed passages of true Scripture like John 1:1 to deny the deity of Christ, things took on a slightly different tone.

The truth is what angers people. Stand for truth long enough, and you will have a long line of people who hate you. John 5:18 explains clearly, “This was why the Jews were seeking all the more to kill him, because not only was he breaking the Sabbath, but he was even calling God his own Father, making himself equal with God.”

People are persecuted when they start preaching, teaching, and proclaiming the truth about Jesus Christ. As important as it is to live out our faith by helping the poor, Jesus’ great commission to the church was:

All authority in heaven and on earth has been given to me. Go therefore and make disciples of all nations, baptizing them in the name of the Father and of the Son and of the Holy Spirit, teaching them to observe all that I have commanded you. And behold, I am with you always, to the end of the age” (Matthew 28:18-20).

Surely living out our faith and doing acts of service must be included to accomplish this command. But Jesus’ clear emphasis was for his disciples to make other disciples by “teaching them to observe all that I have commanded.”

Teaching the Scriptures is the church’s greatest responsibility. If this is our most important role to play in the war, is it any wonder why this is what we are most attacked about? 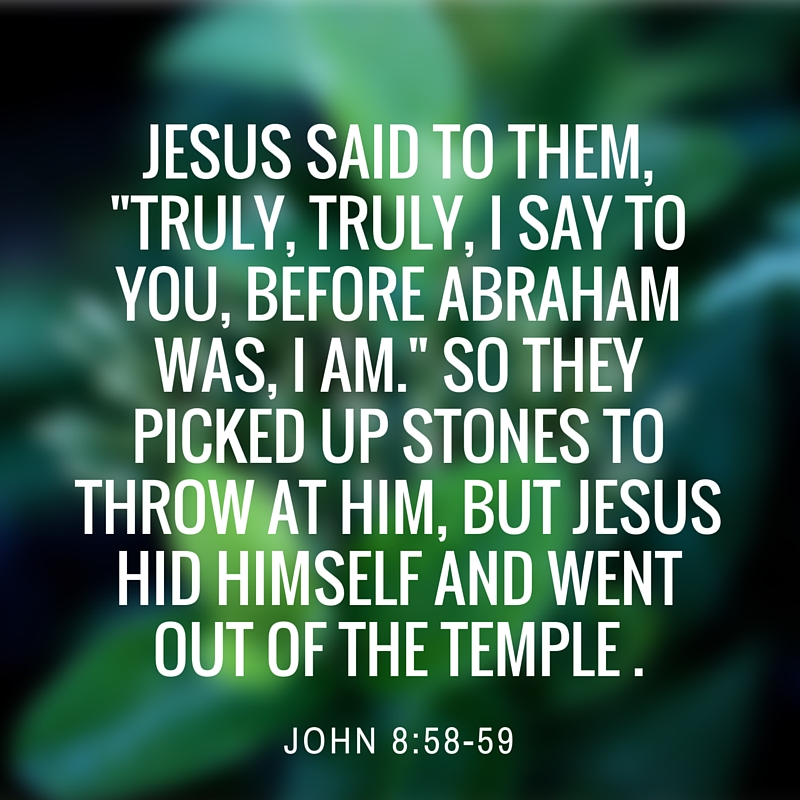 There is persecution in America, but not as much as we see regularly displayed in the lives of early Christians in the New Testament. Praise God if this is due to America still being full of God fearing people. But may God help us if the lack of persecution is due to the lack of preaching the truth about Jesus Christ.

It should be celebrated how active the church has become in humanitarian efforts. We would be a dead church if we just sat in our classrooms talking about the Bible. But we are serving a dead people when we serve non-Christians, and if we just go out and help their physical needs, we will be missing the point and everyone will suffer for it.

Persecution Is a Sign You Are Proclaiming the Son

Not many people are going to persecute an organization which exists to help humans. If we are loved everywhere we go, we have to ask ourselves, “Why?” The hard reality of Scripture is that if everyone enjoys you and no one has animosity towards you, it means you are not proclaiming truth. You may be helping a lot of people, but when you are committed to doctrine, specifically doctrine regarding Jesus Christ as Lord, the entire world cannot love you (1 John 5:19).

Certainly if everyone hates you there is an equal problem. If all you ever do is yell in people’s face about Jesus and never actually show them the love of Christ in action, that is a huge issue too. But let’s not kid ourselves. As Christians, it’s much easier to cut a check, hand out a water bottle, or do a free car wash than it is to tell people the truth about Jesus Christ being the only Savior of the world.

The church must be full of good deeds, but Christians must not be most known for their acts of service but rather for their relationship with Christ. The thing that makes a Christian a Christians is Christ, not our social conscious. If we never preach Christ but only do good, then we are taking the “Christ” out of our names and we might as well be called “Serve-ians” and not “Christ-ians.”

Jesus said in Matthew 10:28, “And do not fear those who kill the body but cannot kill the soul. Rather fear him who can destroy both soul and body in hell.” In Matthew 10:31-33 Jesus adds, “Fear not, therefore; you are of more value than many sparrows. So everyone who acknowledges me before men, I also will acknowledge before my Father who is in heaven, but whoever denies me before men, I also will deny before my Father who is in heaven.” It’s no coincidence that Jesus teaches us how to deal with people who want to kill us in the context of not denying him before men. When you stand for the truth of who Jesus Christ really is, people will persecute you for it.

Jesus said, “If they persecuted me, they will also persecute you . . . But all these things they will do to you on account of my name, because they do not know him who sent me” (John 15:18-21). Acts of service and miracles are not worth dying over, which is why Christians are not persecuted for such things. The dividing line is Christ who is worth dying over. Therefore, may the church be most known for the name of Jesus, even when (not if) it brings persecution.

Everyone wanted to kill Jesus because of his unwavering commitment to the truth. If he just would have done the miracles without the preaching, he would have been the most loved man of his time. The dividing line, however, always revolves around people’s belief about the truth. Jesus said he is the truth (John 14:6). Therefore it should be no surprise that Jesus is the dividing line.