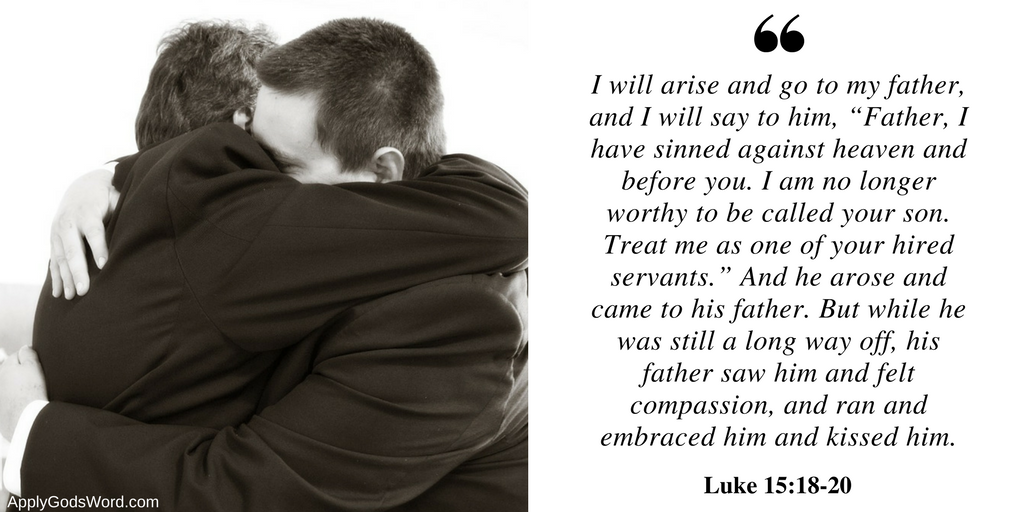 The parable of the prodigal son is perhaps the richest parable in the entire Bible. So many theological and practical points can be made about God, humans, and the story we all find ourselves in through studying Luke 15:11-32.

Perhaps one of the most beautiful angles to look at this story is by answering the question, “Why did the father of the prodigal son celebrate his homecoming?” When we answer this question, our appreciation for the glory of God and his great love for us expressed in grace is intensified.

So here are four reasons the father of the prodigal son celebrated his homecoming.

Why Did the Father of the Prodigal Son Celebrate His Homecoming? Because Jesus Is Highlighting the Grace of God

The main message of the story of the prodigal son becomes much easier to understand when you know who the character’s represent. In Luke 15:1-2 we learn who the audience of this parable was when Jesus first told it:

Now the tax collectors and sinners were all drawing near to hear him. 2 And the Pharisees and the scribes grumbled, saying, “This man receives sinners and eats with them.”

Jesus is talking to prideful Pharisees who are constantly trying to earn their salvation through fulfilling the letter of the law. We also learn he is talking to blatant sinners who have long since given up on earning their own righteousness and are thus very receptive to the grace of Jesus, unlike the Pharisees. It’s pretty clear the prodigal son represents the repentant sinners, the older son represents the prideful Pharisees who grumble Jesus’ grace like the older son grumbled at the father’s grace, and the loving father represents Jesus.

The older brother, like the Pharisees, wanted to earn what he got from his father. So the older brother got angry with the father when he freely threw a party for the sinful son, just like the Pharisees got mad when Jesus freely forgave and healed sinners (Matthew 20:1-16, Mark 2:5-12). The older son never received a party because he failed to realize the father’s love could not be earned. The father was free to celebrate the prodigal son because this son was now in a place to realize he didn’t deserve it.

There was no temptation for the prodigal son to take credit for the celebration of his homecoming. Everyone who was at that party was surely talking about the lavish love of the father on behalf of the undeserving son. The party benefited the son but it showed the greatness of the father. 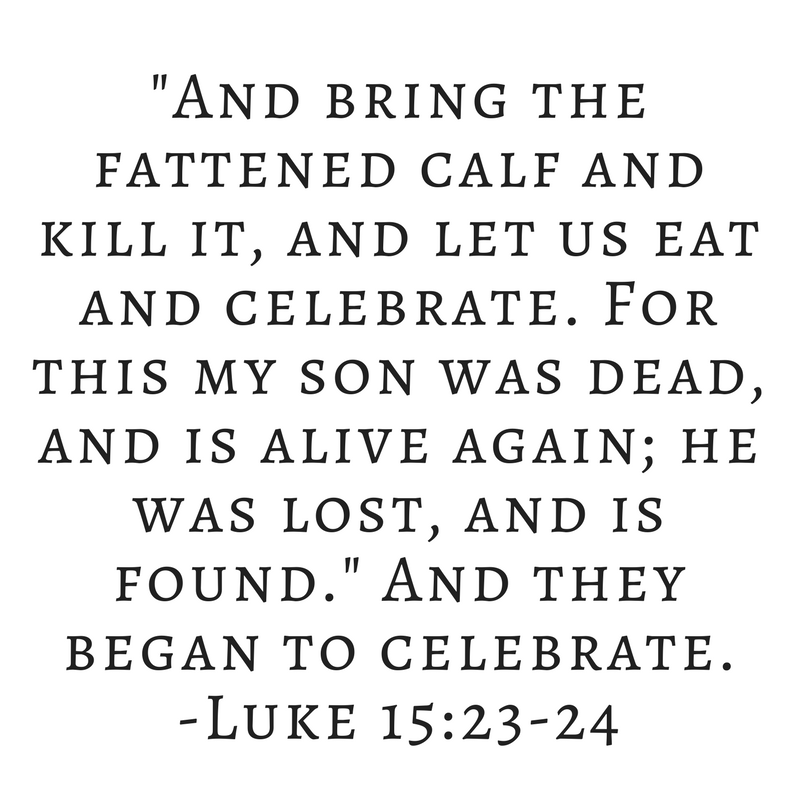 It’s as if throughout the whole parable Jesus is saying to the Pharisees and sinners, “I welcome those who know they need me because I am the point. You and your self-effort were never supposed to be the focus. I love you because I am love. I’m going to die for you because that’s the kind of God I am. I want you back in my arms not because your speech of repentance is going to be perfect or because you obeyed some of my laws, but because I am full of compassion and love. Your works can never make up for how you have turned against me. Only I am great enough to handle your sin, so only I deserve the praise and honor. I love you. Now glorify me that your joy may be complete!”

Why Did the Father of the Prodigal Son Celebrate His Homecoming? Because Jesus Is Teaching Us How to Increase Our Joy in God

The Pharisees don’t listen, however, and go on in their misery. They have no real joy because they are so self-centered, just like the older son. When the older son came home, saw the party for the sinful son, and started complaining (Luke 15:28-30), I doubt this was the first time his father heard these types of complaints. He was simply manifesting the self-centeredness that was always present in him. He was probably always giving his dad a mouthful of negativity because he always felt like he deserved more than he was getting.

People who think they deserve something from God are always the ones who end up despising him most. When people view God like Santa, they become angry at him when they don’t get what they ask for even though they tried to be really good all year to get on the “nice list.” But when people realize everything good humans have is given to them by grace because everyone is like the prodigal son (Romans 3:23), they are filled with a deep gratitude and joy for God who gives what no one deserves (Luke 7:47). When we embrace grace and know we were undeserving, we get more joy than we ever could by lying to ourselves that we deserve anything good from God.

Because the elder son desires all the attention, he is not joyful for his father; instead he is sad for himself. Is it any wonder why he has no joy? He has no delight because he is totally self-centered rather than Father-centered. Realizing that salvation is meant to exalt the Savior will bolster our joy which comes from living all of our life centered on our Father. When we think God throws us parties because of our works, we have no parties to attend and we are joyless individuals. But if we know he throws parties because of his grace, we will have immense joy.

Why Did the Father of the Prodigal Son Celebrate His Homecoming? Because Jesus Was Showing Us the Gospel

God’s desire to exalt himself results in our salvation. His glory and our good are truly intertwined. When we are humble enough to allow him to have all the honor by relying on nothing but his grace, he is praised and we receive immense pleasure in him.

The father celebrating the prodigal son’s homecoming is a beautiful picture of the gospel of Jesus Christ.