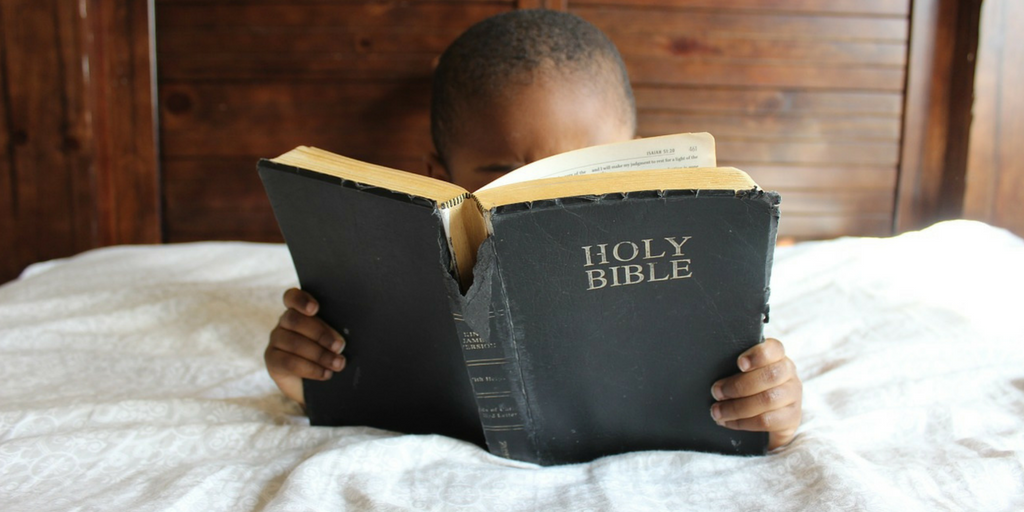 The study of Scriptural inerrancy and infallibility is a subject you can dedicate your whole life to learning and still have more to learn. However, all Christians should be able to generally answer the question, “Why Should I believe the Bible is the word of God?”

Here are 5 reasons I believe the Bible is the word of God.

So if I don’t believe in God just because the Bible tells me to believe in God, why do I believe in God? Well, besides the faith God has given me, this question is really what the field of apologetics is all about. In summary, however, I believe there are at least four clear and logical arguments for the existence of God which I have come to call the 4 Cs: Causation, Creation, Conscience, and Christ.

For a full explanation of these points, you can reference my article/video called Four Arguments for the Existence of God Anyone Can Use. Here’s a brief explanation of each point:

Causation refers to the fact that we live in a cause and effect universe. Therefore we live in a universe that demands an eternal first cause that did not need to be caused itself. In other words, only God can explain how the first cause happened.

Creation refers to the fact that we live in a universe that is finely tuned and extremely ordered. Randomness does not create order, especially over long-periods of time. Therefore, since we live in a very ordered existence, there must be a higher power doing the ordering. The world is clearly full of natural designs that follow laws and principles. If there is a design, their logically must be a designer.

In summary, the first reason I believe the Bible is the word of God is because I believe in God. When I believe in the existence of God, this then allows me to explore the possibility of whether or not God divinely sent humans his words and recorded them in the form of the Bible.

Have you ever played the game “telephone?” If not, you start with a large group of people sitting in a circle. One person starts by whispering a phrase into the ear of the person next to them, who then whispers the same phrase to the next person, until finally the phrase gets whispered all the way around the circle back to the person who originally whispered the phrase. The reason the game is fun is because by the time the phrase returns to the original person, it is a completely different string of words, most of the time totally unintelligible.

Humans, simply put, are not good at communicating. Most of the problems in the world start because of a lack effective communication. How many fights in one marriage have started simply because the husband and wife could not understand the other person’s perspective? How many car accidents have occurred because people misinterpreted the traffic signals? How many emails have been the beginnings of the end of a friendship because one person read too much into the tone, not the actual words written?

Consistent communication is impossible over a long period of time. Ask any business owner or leader, and no matter how many checkpoints they put in, they will always tell you there is no getting around the “human error” factor. It’s just simply unavoidable.

This is one of the many reasons the Bible proves itself to be divinely inspired. Written over 1500 years from the beginning of the Old Testament to the completion of the New Testament, with over 66 books, and with over 40 different authors, it is a divine miracle the message of each page of Scripture is directly linked to the one theme: God seeking to save sinners through the gospel of Jesus Christ.

The gospel is the “good news” that God saves sinners. From Genesis to Revelations, the theme of the story that keeps the pages moving forward is God’s pursuit to save the lost. And at the heart of the gospel is Jesus Christ.

The integrity of the manuscripts of Scripture is a huge topic. In short, however, many claim that because there are so many manuscripts and the originals no longer exist, it must be impossible to trust the historical reliability of these documents.

Logically, however, there is more security in having many copies rather than having one original. Which is harder: To alter one copy or to alter thousands? Since we have more copies of biblical manuscripts than any other ancient text in human history, we can be sure the Bible we have has been unaltered. This evidence is remarkable and is highly convincing when comparing the Bible to other historical documents. In the article on GotQuestions.org titled “Is the Bible Reliable” it states:

The Bible has more empirical support, a shorter time between original writing and surviving copies, and a greater number of source manuscripts than any other ancient work, by far.

For the New Testament, there are currently more than 5,000 manuscripts, with most early copies anywhere from 200 to 300 years later, and some less than 100 years later. This gives a better than 99 percent confidence in the contents of the original text.

In short, we not only have objective reasons to claim the Bible is reliable, but we cannot call it unreliable without throwing out almost everything else we know of ancient history. If the Scriptures don’t pass a test for trustworthiness, no records from that era can. The Bible’s reliability is proven in both its historical accuracy and its accurate transmission.”

The word “self-authenticating” sounds contradictory at first. However, if the word of God is actually the authority on truth, logically it would be impossible for an outside authority to authenticate the Bible as true or not.  In other words, it’s the person who makes an incredible claim who has the burden of proof. So what evidence does the Bible provide for itself that it is the word of God?

When the Bible’s record of history corresponds to archeological evidence, the Bible is providing the necessary evidence for its historical integrity. If the Bible presented a worldview that did not fit with the reality of our lives, there would obviously be reasons to doubt its authenticity. However, Christians find comfort in that the Bible gives us an accurate way to interpret our world and our lives that is consistent with our personal experiences. Lastly and perhaps most convincingly, the Bible has accurately predicted the future through its prophetic writings already. Messianic prophecies in the Old Testament were fulfilled in the New Testament through Jesus.  The Bible will authenticate itself again when the prophecies not yet fulfilled get fulfilled in God’s timing.

Another example of the Bible’s prophecy coming true is its claim Jesus made about its durability. Jesus said, “Heaven and earth will pass away, but my words will never pass away.” (Mark 13:31) Throughout the history of the world, God’s word has been under attack.  As early as the seventh century BC, the sinful kings and leaders before King Josiah tried to forget God’s written law, but God allowed Josiah to find the book of the law once more (2 Kings 22). Antiochus IV Epiphanes, around the time of 170BC, made it punishable by death to have a copy of the Scriptures in one’s possession.

During the first 300 years after Christ, the Roman Empire did all it could to burn every copy of the New Testament. As time went on, the Catholic Church forbade anyone from reading and interpreting the Scriptures other than the official Catholic Church. Many during the Reformation lost their lives over the fight to have the Holy Scriptures printed and accessible in the people’s common languages.

But despite all the opposition to the Scriptures, there are still more copies of the original manuscripts than any other book written in all of history. Within the last 50 years, the Bible has been printed nearly 4 billion times. Coming in at a distant second is Quotations from the Works of Mao Tse-tung at 820 million copies printed, with third place going to Harry Potter at 400 million.

Why is this important? This is important because it proves that what the Bible says is true. Again, Jesus said in Mark 13:31, “Heaven and earth will pass away, but my words will never pass away.” Despite all the opposition, despite all the time that has passed, despite all the claims that the Bible is not reliable, the Bible’s claims and predictions are still coming true. We can trust the Bible because the Bible proves itself true. Jesus said that his words will never pass away, and they haven’t despite many attempts by unbelievers. You can deny God’s word, but you can’t destroy it.

This is also important because this is another reason why we must never trust “new discoveries” of books people think should be added to the Canon. For example, many people claim that the Gospel of Thomas found in 1945 in Egypt should be a part of the Bible. Besides the fact that the content of this book does not match with the doctrines of the true word of God, the true word of God would never disappear for such a long period of time.

One of the requirements for a book to be included in the canon of Scripture is historical fruitfulness. In other words, if the Holy Spirit truly inspired a book, the words in that book will produce good fruit in the lives of Christians (Isaiah 55:11, 2 Timothy 3:16).

While I know that my personal experience is not evidence for someone else to believe the Bible, I do believe that people must first personally experience the power of God’s word in order for them to fully believe it is divinely inspired. Hebrews 4:12 is not just a theoretical idea. It has proved true for millions of Christian:

For the word of God is living and active, sharper than any two-edged sword, piercing to the division of soul and of spirit, of joints and of marrow, and discerning the thoughts and intentions of the heart.”