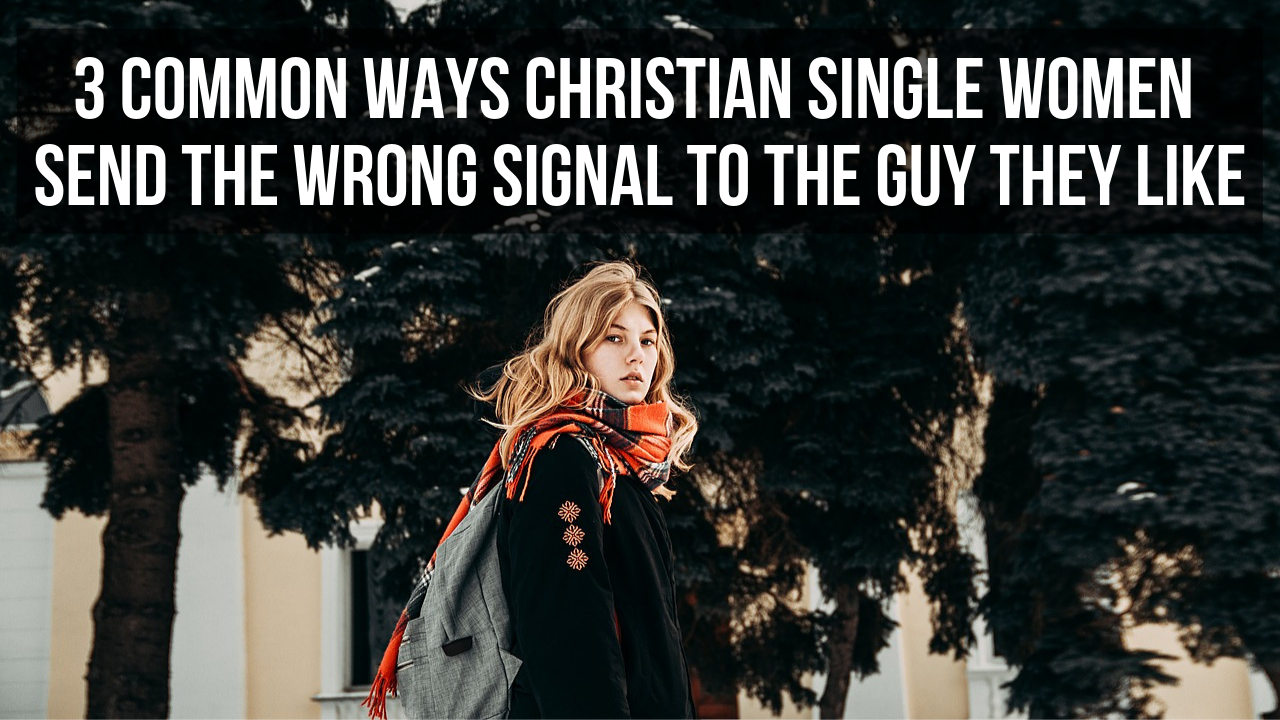 Here are 3 common ways Christian single women often send the wrong signal to the guy they are interested in.

It’s common practice for the guy to often start the pursuit which is something I agree with, but if the woman never calls or text first once they are in the season of getting to know one another, the guy will eventually start to feel like she is not interested. Again, the guy should usually pursue first and be the one who initiates contact more often, but if a woman never reaches out to a guy after he has reached out to her multiple times, this will send the guy the message that he likes her more than she likes him.

When Bethany and I were friends and even when we were dating, I did most of the calling first, but she did call me sometimes too. And I’m not going to lie, it always felt good when she reached out to me. So just keep that in mind if you do like a guy.

Even if you and this other guy really are just friends, it is highly likely that this will send the wrong message to a guy you are interested in.

All women should be independent in the healthy sense. God does not want any man or woman to be dependent on other people in a way that would dehumanize themselves or allow a person to take God’s place in their heart.

However, whether you are a man or woman, to be in a relationship you have to project the signals to the opposite sex that you actually need the other person in a healthy way. Again, I don’t mean “need” in a way where this person would take God’s place in your heart. But no husband can say he really loves his wife while also saying, “I don’t need her.” And no wife can truly show love to her husband by saying she doesn’t need him.

So in the context of a Christian single women, sometimes she can send the wrong signal to men if her strength and independence actually turns into something different and unhealthy. If she projects the vibe that she does not need a man and has no desire to allow a man to actually help her and love her through sacrificially leading her in marriage as Ephesians 5:22-33 explains, this will keep most Christian single men away.

Of course many, many Christian men have abused their strength and totally over applied what the Bible actually says about their role as a husband. But in the right context, a Christian husband is called to lead through serving his wife, protecting his wife, and providing for his family. A good Christian single man dreams about being there for his future wife one day and supporting her and being a dependable person in her life. He wants to be the servant husband that the Bible describes.

If a single Christian woman projects a vibe that she has no interest in partnering with a man and being mutually dependent on each other in biblical ways, this will send him the wrong signal and keep the man away.