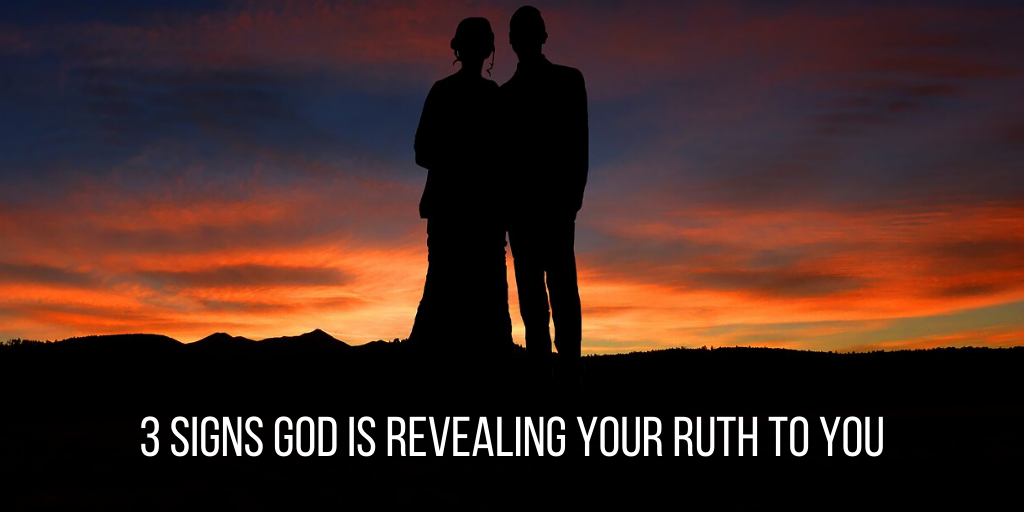 Last week I posted an article for Christian woman looking to meet their future husband called 3 Signs God Is Revealing Your Boaz to You. In this article, we are now going to speak to the men on how to spot their future wife.

So here are 3 signs that God is revealing your Ruth to you.

1. She Could Be Your Ruth If Her Lifestyle and Actions Are the Most Attractive Part About Her

As we discussed last week about Boaz, he is the one who initiated their first interaction together. Likewise, a godly man should pursue the woman he desires rather than waiting for her to pursue him. However, oftentimes a woman’s character will go before her and reach out to a man without her even knowing it.

Notice in their first interactions, Boaz had a positive view of Ruth before they even spoke to one another because Ruth was living a godly life. He noticed her character before anything else. In Ruth 2:11-12 it states:

But Boaz answered her, ‘All that you have done for your mother-in-law since the death of your husband has been fully told to me, and how you left your father and mother and your native land and came to a people that you did not know before. The Lord repay you for what you have done, and a full reward be given you by the Lord, the God of Israel, under whose wings you have come to take refuge!’”

At this point in the story, we are not told that Boaz has a romantic interest in Ruth, but clearly he has a very positive view of her. Likewise, when God is revealing your Ruth to you, her looks, her clothing, or her outward charisma will not be what draws you in the most. Rather, her godly character will be so evident you will not be able to ignore her. For as Proverbs 31:30 (NIV) teaches a man in search of a godly wife, “Charm is deceptive, and beauty is fleeting; but a woman who fears the Lord is to be praised.”

Notice what Boaz said when he decided to pursue Ruth, “And now, my daughter, do not fear. I will do for you all that you ask, for all my fellow townsmen know that you are a worthy woman” (Ruth 3:11). No woman will be perfect, but when God brings your Ruth into your life, you will notice her because of her “worthy” characteristics in Christ.

2. She Could Be Your Ruth If She Invites You to Pursue Her

One of the most damaging mistakes I believe the church has done to Christian singles desiring marriage is to over apply the roles of a husband and wife to the roles of a single man and a single woman who are interested in dating each other. The primary error when doing this is encouraging women to do nothing in the pre-dating process except pray.

In other words, the vast majority of churches teach single men and women that only the man should do anything to start a relationship. They get to this place because the Bible clearly states that a husband should lead his wife in sacrificial love just as Christ loves the church (Ephesians 5:25). But as I hope you can see, nowhere in the Bible does it say that only a man can be proactive in starting a relationship with someone. In fact, to be technical, there is not even an explicit verse in the Bible that says specifically, “A man should pursue a woman.”

Some people do refer to Proverbs 18:22 as justification for this advice which states, “He who finds a wife finds a good thing and obtains favor from the Lord.” However, we must remember that almost every verse in the book of Proverbs is stated in the “male” tense; therefore, if you strictly apply Proverbs 18:22 to just men finding a wife, then you are also saying that all the other verse directed to males in Proverbs do not also apply to women, which clearly is not the case. Proverbs 18:22 is showing how a godly relationship is a gift from the Lord.

Now, before we get too ahead of ourselves, I do believe it is right for the man to pursue the woman. I am not saying that I believe a woman should pursue a man. However, what I am saying is that it is an over application to tell woman that all they should do is wait and pray.

Notice the proactive movements Ruth takes in Ruth 3. Boaz is asleep on the threshing floor next to a grain pile. He has no idea Ruth is interested in him at all. But while he is sleeping, Ruth goes and lays at his feet. Let’s pickup the story in Ruth 3:8-10. It states:

At midnight the man was startled and turned over, and behold, a woman lay at his feet! He said, ‘Who are you?’ And she answered, ‘I am Ruth, your servant. Spread your wings over your servant, for you are a redeemer.’ And he said, ‘May you be blessed by the Lord, my daughter. You have made this last kindness greater than the first in that you have not gone after young men, whether poor or rich.’”

In Ruth 2 Boaz showed kindness to her first, but now in Ruth 3 we see Ruth inviting Boaz to take their relationship to the next level. Notice the phrase Boaz uses, “you have not gone after young men.” We can then infer that Ruth has, in a sense, “gone after Boaz.”

While some might interpret this as Ruth pursuing Boaz, I do not. I believe Ruth is inviting Boaz to pursue her. For notice that from here on in the story, Boaz is the one taking all the proactive steps to make their marriage a reality. He goes to the elders of the town and he takes the necessary steps to marry Ruth. But none of that would have happened without Ruth being proactive and inviting Boaz to pursue her.

So when God brings your Ruth into your life, you should expect the need to risk rejection, to pursue her, and to not wait for her to pursue you. However, if she’s the one God has for you, you will sense her inviting you to pursue her. If you are getting the cold shoulder or if none of your efforts in pursuing her are met with positive energy or enthusiasm in return from her end, this is a sign this is not your Ruth.

3. A Woman Could Be Your Ruth If She Wants to Be with You Because of Your Godly Qualities and Not Because of the Worldly Perks You Can Provide

Does she like the social status of having a man? Does she want your money? Does she want to seduce you and pull you into sexual sin? Notice that Ruth was attracted to Boaz because of his godliness and respect. Sadly, many women don’t want a respectful man. They want a flashy guy who treats them poorly because they don’t understand their own worth.

But notice Ruth wanted to be with Boaz only after she observed his godly characteristics. If a woman is obsessed with you but doesn’t even really know you, while flattering, this is actually not a good sign because it means she must like you for a superficial reason because she only knows superficial things about you so far.

When God brings your Ruth into your life, she won’t be so easily impressed with you. She will want to see your character before she will be willing to open her heart to you. Notice what Boaz said in Ruth 3:10, “You have made this last kindness greater than the first in that you have not gone after young men, whether poor or rich.”

Ruth wasn’t interested in Boaz because of his social status, his age, or his wealth. Rather, she was interested in him because of the godliness she had seen in him. Likewise, when God brings your Ruth into your life, she will want to be with you for the right reasons.