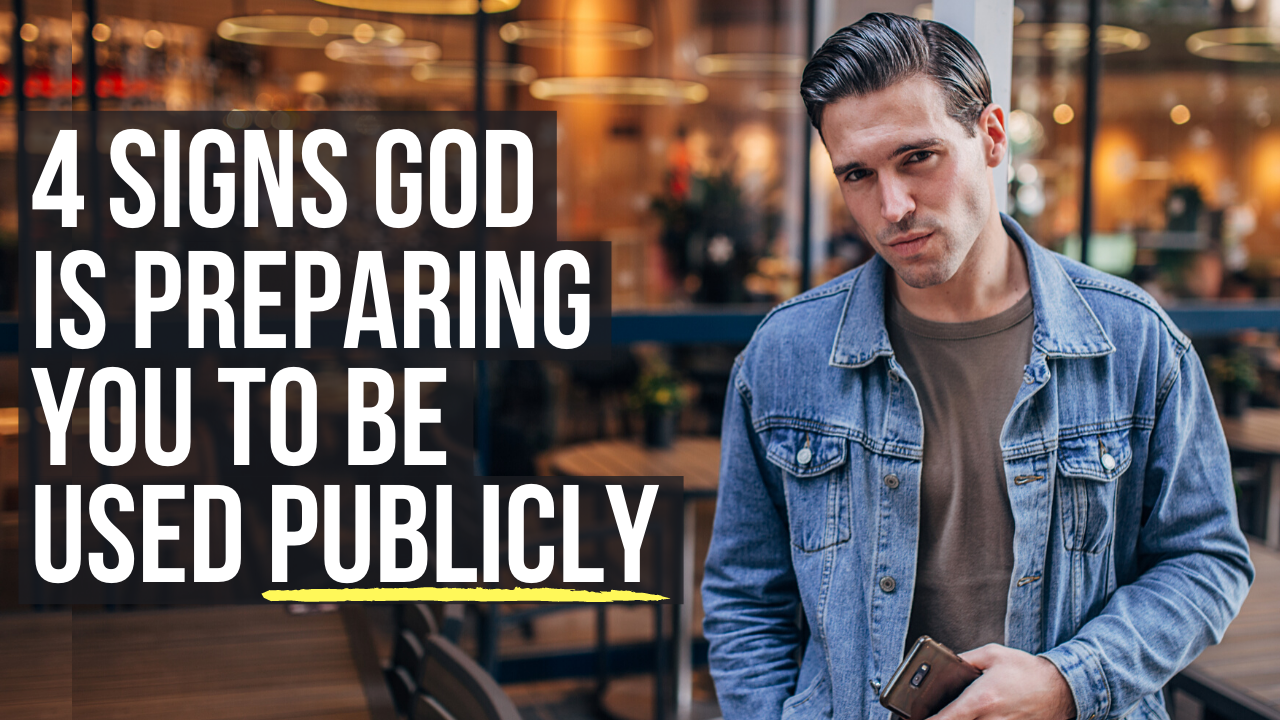 Here are 4 signs God is preparing to use you in a public way.

1. If God Is Teaching You How to Have the Proper Motivation to Be Used Publicly, This Is Often a Sign the Lord Is Preparing You to Help Others in This Way

Why do you want to be used in a public way? For every Christian who feels called to publicly minister to others, there are two honest answers that are both true at different times. When we are walking in the Spirit and living from the new nature Christ has given us through the gospel, the reason we want to be used publicly is so that we can help many people for the glory of God. But the sin nature still lives in our earthly bodies, and in sin the human heart craves public attention out of pride and out of the desire to be admired by others.

Notice how Jesus addresses both of these motives. In Matthew 5:14-16 Jesus tells us to pursue serving God publicly for his glory:

You are the light of the world. A city set on a hill cannot be hidden. Nor do people light a lamp and put it under a basket, but on a stand, and it gives light to all in the house. In the same way, let your light shine before others, so that they may see your good works and give glory to your Father who is in heaven.”

Jesus tells us to do our good deeds publicly so that the world will see the goodness of God and bring him glory. But in the next chapter Jesus then also warns us about the dangers of seeking public ministry with a bad motive. In Matthew 6:1, he states, “Beware of practicing your righteousness before other people in order to be seen by them, for then you will have no reward from your Father who is in heaven.”

Jesus did not say to avoid letting other people see your good works. Rather, he did say to make sure your motive for public ministry is pure. Serving others publicly is not bad. It’s good! It’s a part of what God wants his people to do so we can be a light to the world. But in sin we can pretend to serve God publicly when in fact we are simply seeking public praise for ourselves.

As Leviticus 10:3 states, “Then Moses said to Aaron, ‘This is what the Lord has said: “Among those who are near me I will be sanctified, and before all the people I will be glorified.”’”  Before God will use you publicly, he will first sanctify you privately. God always starts with the internal and then moves to the external.

2. If God Is Teaching You the True Value of Privately Serving People, This Is Often a Sign He Is Also Preparing You to Publicly Serve People

It can be dangerous to pursue public ministry because you can end up devaluing private ministry. The world values fame, notoriety, and public recognition. Sadly these values often work their way into the church as well. In the minds of many, the preacher who speaks before thousands has a higher calling than the grandmother who has privately prayed for thousands. But biblically this is not true.

When you get so focused on serving publicly that you try to skip your opportunities to serve privately, you end up missing out on both. Not only are you missing the chance to glorify God in a way that deeply please him as you serve in ways no one else sees, you are also cheating yourself of the training God wanted to give you in that private ministry which was meant to train you for a future public ministry.

If you want to help more people, you have to start by helping the people God has called you to help right now. For those who truly love God, there is no job too small, no task too unworthy – there is nothing a true saint is unwilling to do when they know God is truly the one telling them to do that. As Jesus said:

You know that those who are considered rulers of the Gentiles lord it over them, and their great ones exercise authority over them. But it shall not be so among you. But whoever would be great among you must be your servant, and whoever would be first among you must be slave of all. For even the Son of Man came not to be served but to serve, and to give his life as a ransom for many.” (Mark 10:42-45)

3. If God Has Put a Passion on Your Heart That You Would Pursue Privately Even If No One Ever Noticed Publicly, This Is Often a Sign the Lord Is Preparing You to Help Others Publicly

If you don’t have a passion in your heart that is greater than the public resistance you will encounter in your life, you won’t make it. When your motive for public ministry is to be loved by the public, you are setting yourself up to betray God. When the people’s will opposes God’s will, you will choose the people’s will and tell them what their itching ears want to hear because you love their praise so much (2 Timothy 4:3). Dangerous men don’t get into the ministry. Dangerous men are created in the ministry when their hearts become intoxicated with public approval (1 Timothy 3:6).

If God is the one truly preparing you for public ministry, this will be marked by a passion inside of you that you would pursue even if no one ever gave you public recognition. Everyone imagines themselves to have a ministry like Samuel; the people loved him and he got to anoint kings. But would you serve God if he gave you a ministry like Jeremiah and most of the people hated you and your job was to condemn kings? I’m not saying we should pursue to be disliked. But one sign that you are truly doing what God wants you to do is when you would do it even when no one else is praising you for it.

Once when C.S. Lewis was asked about becoming a writer, he said:

I would not know how to advise a man how to write. It is a matter of talent and interest. I believe he must be strongly moved if he is to become a writer. Writing is like a “lust,” or like “scratching when you itch.” Writing comes as a result of a very strong impulse, and when it does come, I for one must get it out.”

On preaching, Paul said, “For if I preach the gospel, that gives me no ground for boasting. For necessity is laid upon me. Woe to me if I do not preach the gospel!” (1 Corinthians 9:16). Are you pursuing public ministry because of the “public” part or because the “ministry” part? If it is only for the public part and you don’t have an intense fire in you for the ministry you are doing, it won’t last. And even if all the people did praise you but you were not doing it for God, what’s the point? As Jesus said in Mark 8:36, “For what does it profit a man to gain the whole world and forfeit his soul?”

When it comes to serving God, embrace the passion he’s given you. Do what you can’t stop yourself from doing. 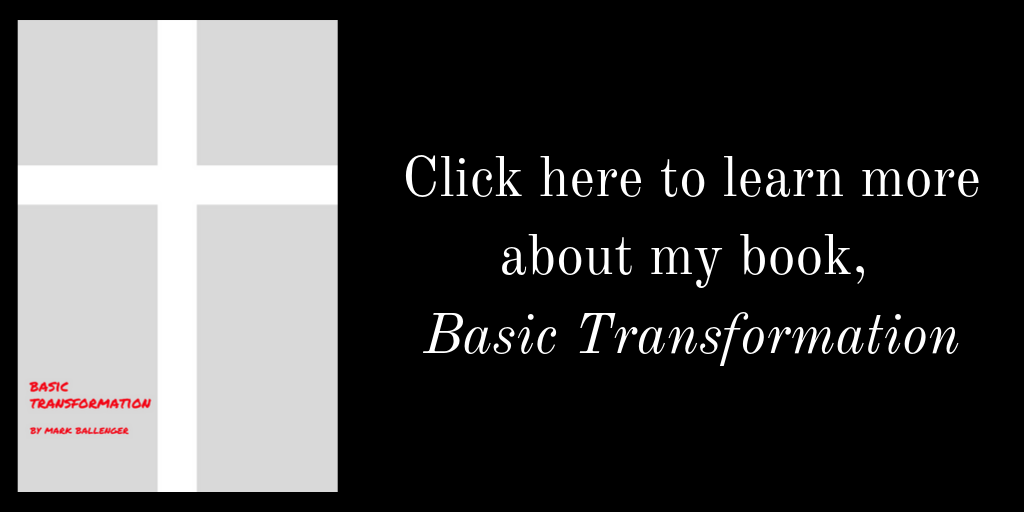 4. If God Is Honing Your Gift that Is Meant to Benefit Others Publicly, This Is Often a Sign the Lord Is Preparing You for a Public Ministry

When you read through the Bible, it becomes abundantly clear that before God, all people are of equal worth and value. But it is also clear that every Christian has a different gift and a different calling. Some are called to serve in ways that very few people will see it. Others are called to serve in ways where many people will see it. It’s God’s job to decide who does what.

One of the ways you will know what God has called you to is to be honest about what God has gifted you with. God equips us for the calls he places on us. If God has not equipped you to accomplish a certain task, God has not called you to accomplish that task. I promise you God has not called me to be a worship leader, and you would all agree if you ever heard me attempt to sing or play an instrument. I don’t have that gift, so it’s clear I don’t have that call.

So whether God has equipped you for a more private way of serving or a more public way of serving, the most important thing is that you do it for God. As 1 Peter 4:10-11 states:

As each has received a gift, use it to serve one another, as good stewards of God’s varied grace: whoever speaks, as one who speaks oracles of God; whoever serves, as one who serves by the strength that God supplies—in order that in everything God may be glorified through Jesus Christ. To him belong glory and dominion forever and ever. Amen.”