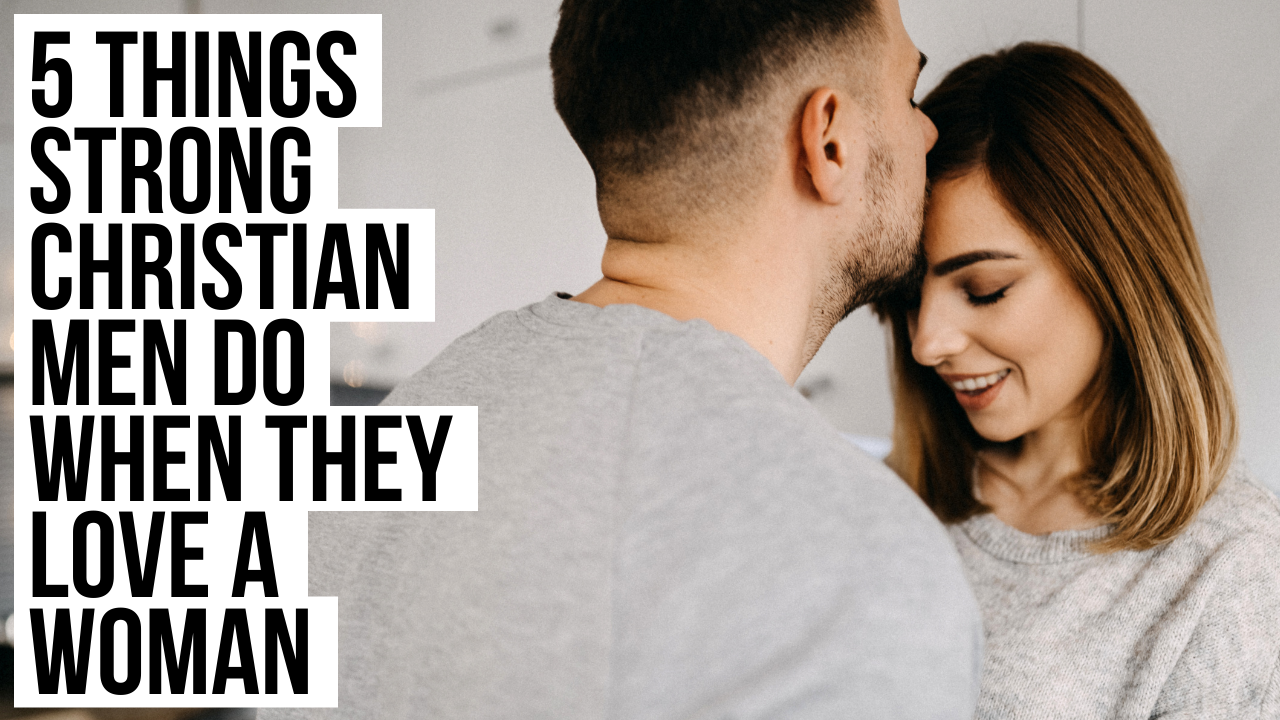 Here are 5 things a strong Christian man does when he loves a woman.

1. He Invites Her to Be a Part of His Mission. He Doesn’t Make Her the Mission of His Life

Some women think they want to be put on a pedestal and treated like a princess, but when a man does this she will instantly lose respect for him.

Rather than wanting to be a princess, she really wants to be a queen sitting beside a strong king. A king doesn’t hand the kingdom over to the queen, but he does rule alongside of her and puts her in the seat of power right next to him.

Strong Christian men understand this. They have a purpose, a mission, a kingdom to rule. And they don’t sacrifice their kingdom to be with a woman. Rather, when a strong man loves a woman, he invites her into his purpose, into his mission, and into his kingdom.

I’m not saying a woman needs to stop everything in her own life and just join his. But I am saying strong Christian men are not going to drop their whole life for a woman. They want a beautiful woman to join them on the mission God has them on. They invite the woman, include her, and value her as an important part of the journey God has them on together. Notice how husbands are told to love their wives as Christ loves the church:

Husbands, love your wives, as Christ loved the church and gave himself up for her, that he might sanctify her, having cleansed her by the washing of water with the word, so that he might present the church to himself in splendor, without spot or wrinkle or any such thing, that she might be holy and without blemish. In the same way husbands should love their wives as their own bodies. He who loves his wife loves himself. For no one ever hated his own flesh, but nourishes and cherishes it, just as Christ does the church, because we are members of his body.” (Ephesians 5:25-30)

Christ doesn’t lose himself in his love for his bride. Rather, he invites the church into a larger story and expresses tender love for her. A strong Christian man seeks to do the same for the woman he loves.

2. He Pursues Her Without Chasing Her Around

There is a big difference between pursuing a woman and chasing a woman. A strong Christian man has too much respect for himself to chase a woman who is running him around. But he is secure enough with himself to pursue her, to risk rejection, and to put his heart out there when he loves a woman.

One major difference between pursuing and chasing is knowing when to wait for the woman to respond. A man who chases will go after the woman no matter what signals she is sending in response. A strong Christian man will pursue the woman and then respect how she responds. If she sends signals back that she’s not interested, he may pursue a little more to make sure he’s reading her right, but then he moves on and respects her choices.

Going back to how Christ loves the church, he knocks on the door but then he allows us to make the choice to open it or not (Revelations 3:20). Likewise, a strong Christian man will pursue the woman, but he leaves it to her to open the door or not. And he won’t knock forever.

If you are a woman being pursue by a strong Christian man, this means you need to be clear in your response when he pursues you because he will not wait around forever. He should pursue you, but don’t expect him to chase you. He wants to feel loved in return for the love he is giving.

3. He Waits to Say “I Love You” But Starts Showing It with Actions

A strong man grows tired of hearing himself talk, so he limits his words and focuses on his deeds. He knows words are easy to say but actions are hard to do. As Proverbs 14:23 states, “In all toil there is profit, but mere talk tends only to poverty.

Eventually he will say, “I love you.” But before he does, he will show you this. His words will come after his actions, not before.

4. He Is Eager to Provide for Her and Protect Her and Is Eager for Her to Care for Him

A strong man feels weak when those he loves are suffering. It bothers him to see someone not have something when he loves that person and he could provide that need. As a king knows, the health of his people is a direct reflection on his ability to rule (John 17:12), so does a strong Christian man take personal responsibility for the well-being of those he cherishes.

However, he is not an ATM, a blank check, or a sugar-daddy. He wants to provide and protect for the woman he loves, but he also wants her to play her role in the relationship too. He knows a woman’s care is unlike anything else in this world. She alone can make a house a home, she alone can be a mother to children, and she alone can express the other half of the glory of God that he cannot. As Genesis 1:27 states, “So God created man in his own image, in the image of God he created him; male and female he created them.”

5. He Will Choose to Express His Love for God Through Loving Her Rather Than Replacing God with Her

A strong Christian man not only has his life in order but he also has his love in order. He knows God must always be first. But he also knows this does not mean God should be separate from all the other areas of his life. Rather than ordering his love in a linear way, he orders his love in a holistic way.

He will certainly love a woman, but he will never love a woman more than God. Rather, he will express his love for God through loving the woman God has given him. As the king said in Jesus’ parable when he commended the servants for loving those in his kingdom, “. . . you did it to me,” (Matthew 25:40). 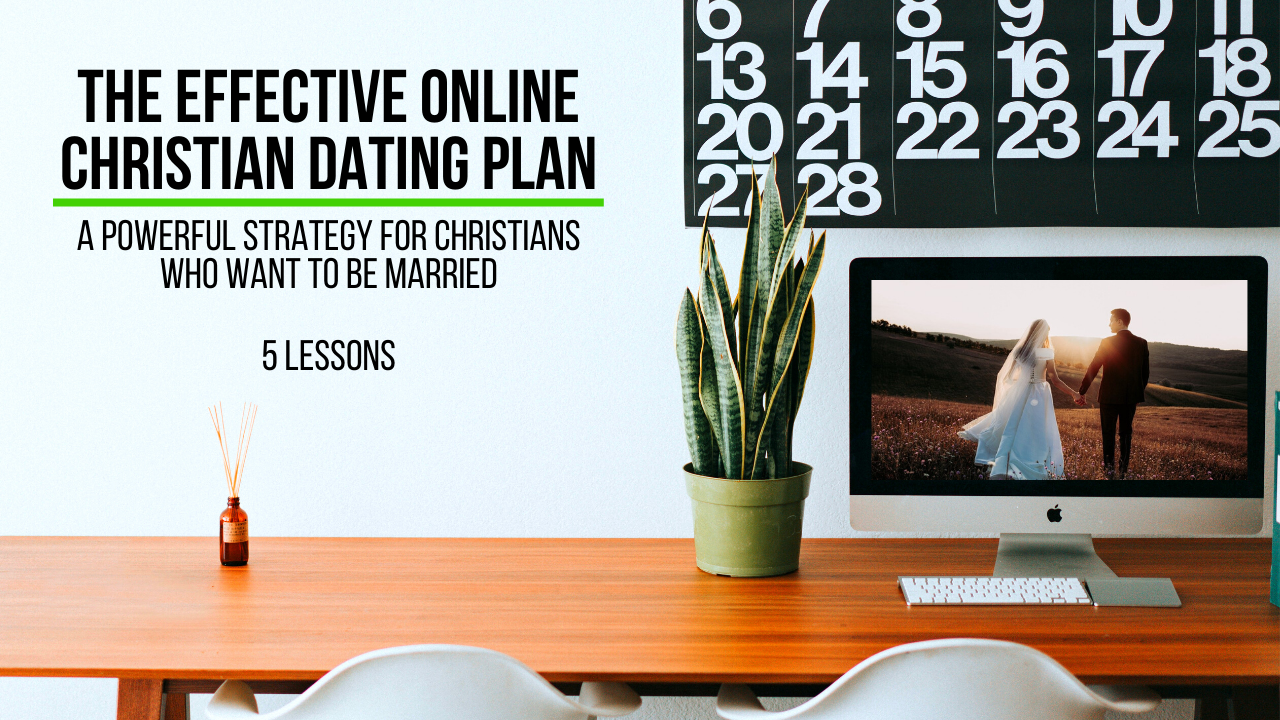