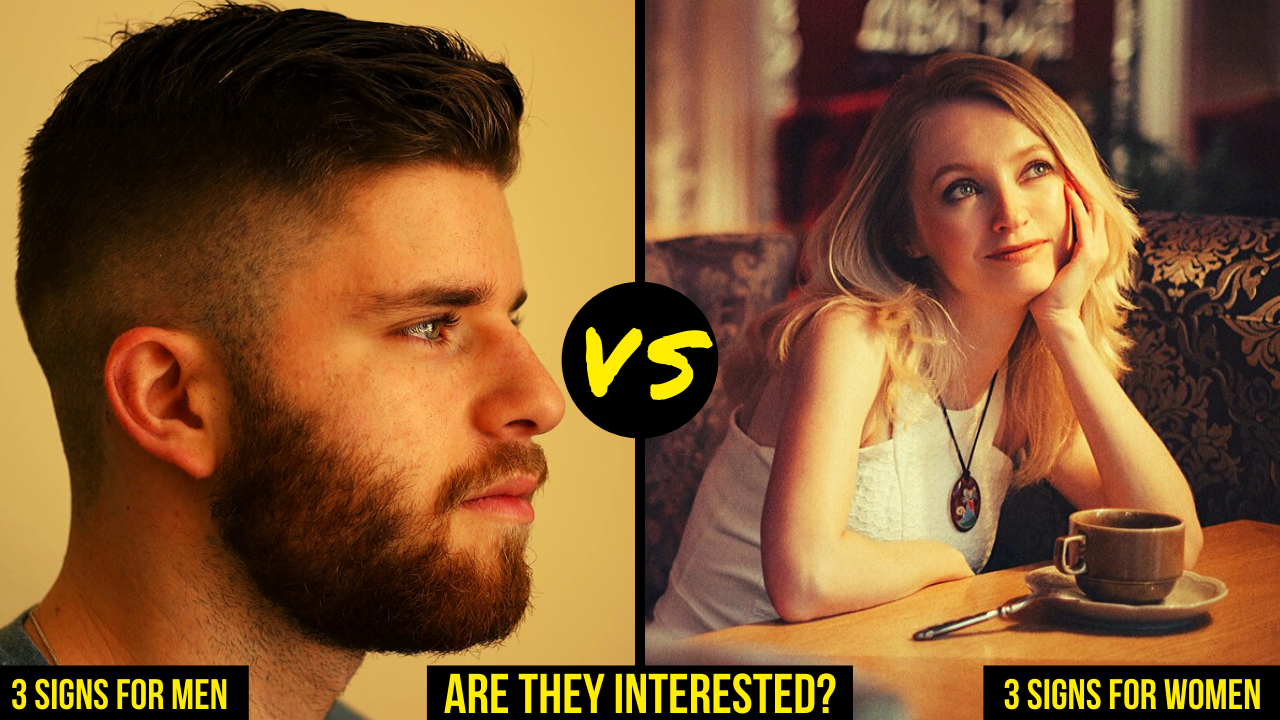 Whenever you are talking about men and women as a whole, there will certainly be generalizations that are not true of everyone. However, it’s also safe to say that there are typically some trends and normal behavior that differ between Christian men and Christian women when it comes to showing interest in someone that they like.

1. A Christian Man Will Show His Desire for a Certain Woman Through Exclusive Pursuit

When a Christian man is single and wants to be married one day but does not like a specific woman yet, his pursuit of marriage will be shown by a general pursuit of women. Not that he should be trying to date every woman that he meets, but rather he will be putting effort into getting to know single women in general to find the one God has for him. But the more he likes a specific woman, the less he will pursue other women. This culminates in marriage where he vows to never pursue another woman ever again.

Notice the exclusivity a Christian husband is encouraged to have in Proverbs 5:15-18. It states:

Drink water from your own cistern, flowing water from your own well. Should your springs be scattered abroad, streams of water in the streets? Let them be for yourself alone, and not for strangers with you.  Let your fountain be blessed, and rejoice in the wife of your youth . . . .”

2. When a Christian Man Likes an Available Woman, He Will Put Forth Extra Emotional Effort to Connect with Her

If a woman’s emotions are not engaged, she will not be interested in a man. Most men, while not relationship experts, at least know this much about a woman’s desire.

Therefore, when a Christian man likes a woman, he will go above and beyond what he normally does to connect with her on a deeper level. He will open up to her in ways that he rarely does with other people. He will be willing to talk about his desires with her. He will share his hopes and dreams. He will be more vulnerable about his fears.

When a man is guarded and avoids connecting emotionally with a woman, this is a sign he is not so sure about her yet and thus he is intentionally slowing down the relationship by slowing down their emotional connecting points. Notice the command to Christian husbands in Colossians 3:19, “Husbands, love your wives, and do not be harsh with them.”

Just as a Christian husband will show his love and interest in his wife by protecting her emotionally, so too a single Christian man who is interested in a woman will focus on her emotional connection with him as well.

3. A Christian Man Will Show He Likes a Woman By Helping Her in Any Way He Can

There’s simply no way a man who really likes a woman will let a chance to help her slip through his fingers. A man who likes a woman will be very aware of her. He will be studying her even if she has no idea. So it is very likely that he will notice when she is need of something that he can help provide.

If she needs a ride to church, he will provide one. If she needs help moving, he will make sure he is available. If she is organizing volunteers at church for an event, he’s going to sign up. If she’s walking behind him as they are entering a building, he’s not going to let the door slam in her face.

So now lets’ discuss all this from the woman’s side of things.

1. A Christian Woman Will Be Exclusively Inviting Towards the Man She Likes

As we discussed in point 1 for the men, generally speaking a man should be the initiator. But this does not mean a woman is called to simply wait to be found. The best word I have found to capture the essence of how a Christian woman can actively participate in the pre-dating process without being the pursuer is the word “inviting.”

To be inviting is different than pursuing. This is not where she actively goes out and pursues him. Rather, a Christian woman will do what she can to let the man know that she wants to be pursued by him. A man will often pursue a woman even when he doesn’t know she likes him. But he will rarely pursue a woman if he senses she doesn’t like him.

Ideally, therefore, a Christian woman who does want a man to pursue her should send the signal that she wants to be pursued. As Song of Solomon 1:12 states: “While the king was on his couch, my [perfume] gave forth its fragrance.” She’s not running to him, but she is clearly seeking to invite him to pursue her.

Just as a man will stop pursuing other women to solely focus on pursuing the woman he really likes, a Christian woman who is genuinely interested in a specific man will start to be exclusively inviting. For example, if another man asks her out on a date, she will say no because she wouldn’t want the guy she really likes to think she is not interested.

2. A Christian Woman Will Show Her Desire for a Certain Man Through Reflecting His Interest at an Equal Level

This is how things should ideally operate, but as we all know, ideals rarely occur perfectly in reality. Sometimes a woman’s fear of being hurt or doubts about herself prevent her from showing her true feelings when she senses a man likes her. So if you are guy out there, sometimes you just have to be patient and give her the time she needs to respond more positively to you.

With that said, ideally when a man shows interest in a woman he likes, she will respond by reflecting his enthusiasm at a similar degree. She will be happy to follow his lead in the progression of going from acquaintances, to friends, to dating, and then to engagement. She won’t want to lead in transitioning from new season to new season, but when she genuinely wants to be with this Christian man, she will gladly respond to his interest levels.

As Song of Solomon 1:2-4 states: “Let him kiss me with the kisses of his mouth! . . . Draw me after you; let us run. The king has brought me into his chambers.” Notice that she is desiring the king to initiate but she clearly is prepared to reflect his interest level. She could turn the other direction at any point, but clearly she is not going to do that because she wants to be with him.

3. A Christian Woman Will Show Her Desire for a Man She Likes By Giving Him Thoughtful Assistance or Gifts

I remember when Bethany and I were just friends. We were on a long-term mission’s trip in Liberia together and I needed a hat. I was busy working on the day when a group of our friends was headed to the market. But since she knew I needed a new hat, she made sure to ask me what I was looking for and she bought one for me. I didn’t ask her to do this, so when she went out of her way to help me out, it was a small indication that maybe she was interested in me like I was interested in her. I initiated our dating relationship and pursued her, but these types of little clues along the way really helped me navigate our relationship early on.

There are countless examples of how a woman can do this type of thing. It’s not really about the specifics. Rather, my point is that a woman who likes a man will be thinking about him, and this will be reflected in her actions. If she does something that clearly shows she had to spend some time thinking about this man’s desires and needs, this is a good sign that she is interested in him.