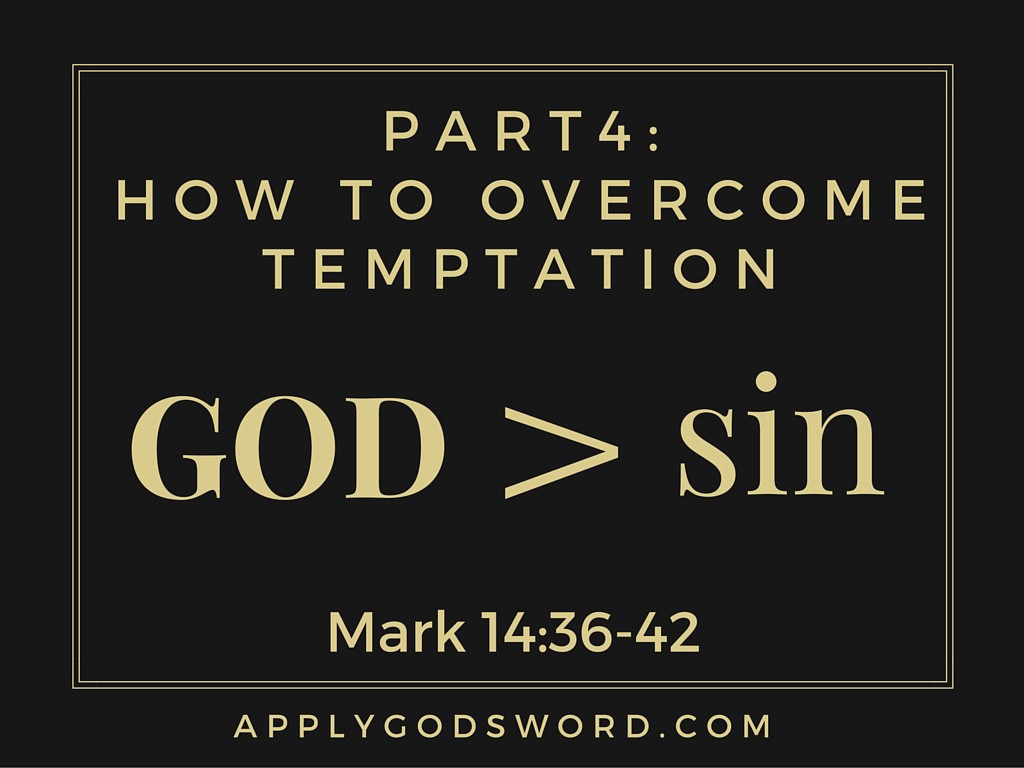 And he said, “Abba, Father, all things are possible for you. Remove this cup from me. Yet not what I will, but what you will.”. . .  41 And he came the third time and said to them, “Are you still sleeping and taking your rest? It is enough; the hour has come. The Son of Man is betrayed into the hands of sinners. 42 Rise, let us be going; see, my betrayer is at hand.” – Mark 14:36-42

Jesus said in Mark 14:36, “Abba, Father, everything is possible for you.” We are to look for our deliverance from God and not worldly pleasures because God is the one who is in total control of everything.

One way God has sought to show us that he is still in control even though Satan is active in the scenes in our life is through his preordained use of the number three throughout the pages of Scripture. Mark 14:41 states that Jesus returned to the disciples sleeping a “third time.”

Biblical Numerology is the study of numbers in the Bible. Many times when we start studying numbers in the Bible, we get off track because it often times requires us to make inferences at the meaning of these numbers. Most times the Bible does not explain why certain numbers are used in certain situations. So when studying the numbers mentioned in the Bible, we must be careful to draw conclusions that are obvious and supported by other parts of Scripture.

Having said that, we would be doing ourselves a disservice if we were to simply over look the regular occurrence of the number three in the life of Jesus.

If God is in Complete Control, We Should Appeal to Him Alone to Overcome Temptation

Notice in Mark 14:41 it states, “Returning a third time . . . .” Jesus was 30 years old when he started his public ministry, he was 33 years old when he died on the cross, he was tempted 3 times in the desert by Satan, the disciples failed to stay awake three times, Peter, James, and John where the three disciples with Jesus who were in his inner circle, Peter denied Jesus three times, in John 21 when Jesus reinstates Peter he asks him 3 times if Peter loves him, it says in Mark 15:25 that it was the third hour of the day when Jesus was crucified, Jesus rose from dead on the third day, and most importantly of all is the trinity; God is one, but he is also three persons, Father, Son, and Holy Spirit.

If the number three means nothing else in the life of Jesus, the regular appearance of it cannot be chance, and thus it proves at minimum that God is in control of all these events.

Thus if God is in control, wouldn’t it make sense to trust him and pray to him. Perhaps he works in three’s so many times in the Bible so we could see the fingerprint of the Triune God and believe he is sovereign, thus trusting him more.

To Overcome Temptation, We Must Trust that God Does Not Cause Sin, But He is in Control of All Sin

God’s not ever responsible for sin (James 1:13), but Peter’s three failures is an example of how God is sovereign even over our sin. He’s not causing your sin, but he is in control, even over sin, therefore should we not pray to him and seek his help?

Peter could have denied Jesus 2, 4, 8 times, but God allowed 3 so when Peter looked back he might know that although God did not cause him to sin, God was in control even when he did sin.

Judas could have betrayed Jesus for 20, 40, or 31 pieces of silver, but it was 30 pieces of silver (Matthew 26:15), prophesied before hand in the Old Testament (Jeremiah 32:6-9, Zechariah 11:12-13). God was in control of all that was happening, and God made sure to put in writing through prophesy beforehand what was going to happen so we would all know he was and is in control when it did happen.

Because God Controls the Future, We Must Seek Him in the Present to Overcome Temptation

Jesus made sure to tell the disciples the exact thing that was going to happen to him, that he was going to be crucified, but be raised on the third day. In John 14:29-30 Jesus says, “I have told you now before it happens, so that when it does happen you will believe. I will not say much more to you, for the prince of this world is coming. He has no hold over me.”

Just before Judas leads the soldiers to Jesus and betrays him with a kiss, Mark 14:41-42, says, “Returning the third time, he said to them, “Are you still sleeping and resting? Enough! The hour has come. Look, the Son of Man is delivered into the hands of sinners. Rise! Let us go! Here comes my betrayer!”

Jesus came a “third time,” he is telling them before his season of suffering starts that “the hour has come,” and Jesus’ prediction of Judas’ betrayal before it happens shows his sovereignty over this whole situation. All of this should strengthen our resolve to seek the solution to our problems in Jesus Christ who is in complete control of everything, even when it doesn’t look like it.

Perhaps God is trying to tell us what he would eventually show Peter, “Peter, when you look back at all that happened, I want you to look back and see that none of this was outside of my authority. Even though it was crazy, even though your sin caused so much chaos, you must still see and believe that I was and am in control. Therefore seek me above all things. I’m the only chance you have.”