Should Women Preach to Men? 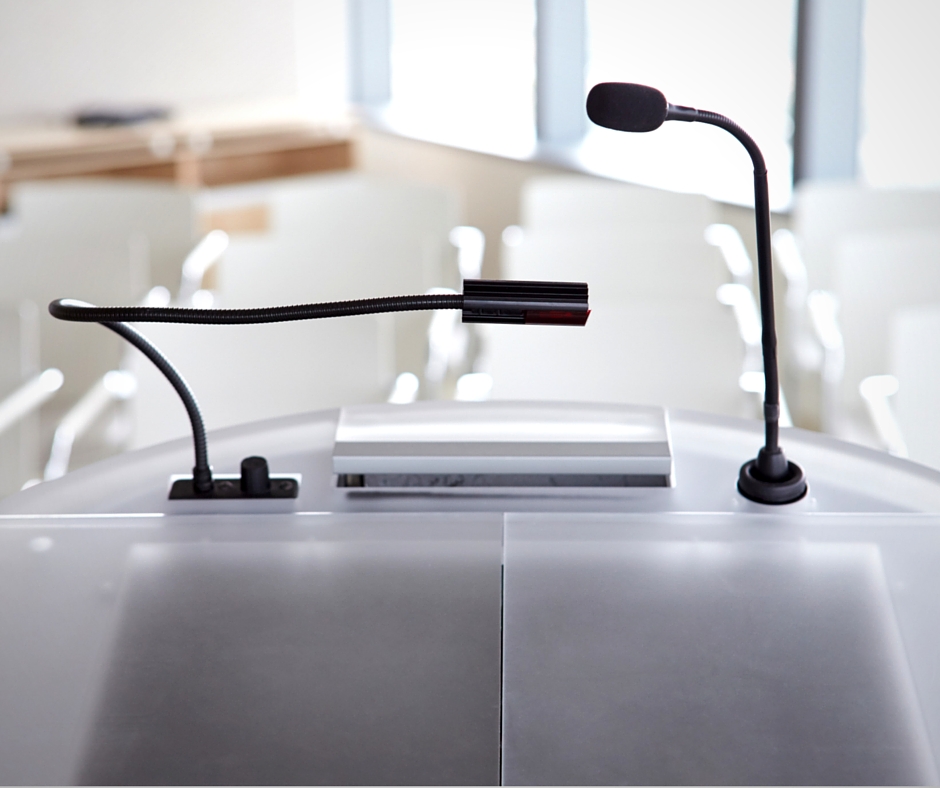 11 Let a woman learn quietly with all submissiveness. 12 I do not permit a woman to teach or to exercise authority over a man; rather, she is to remain quiet. 13 For Adam was formed first, then Eve; 14 and Adam was not deceived, but the woman was deceived and became a transgressor. 15 Yet she will be saved through childbearing—if they continue in faith and love and holiness, with self-control.

1 Timothy 2:11 –“Submission” in Greek is “hypotage” which means “to place in proper order.” Neither are less or more important. They just have different roles to play as we all seek to reflect the full image of God. It’s worth noting that the same Hebrew word used in Genesis 2:24 for man and women becoming “one flesh” is the same Hebrew word used in Deuteronomy 6:4 that says the Lord our God is “one.” This shows that while being singular the word “one” can also include more than literally one person as it does in the Trinity and in marriage. You need both man and women living out each of their roles to show God most completely as he intended.

1 Timothy 2:12 – This verse explains the reason for the previous verse. In the church, and preaching is not downloading information but also includes disciplining, which requires authority. Therefore, since this would usurp God’s order of man and woman, Paul forbids women disciplining and thus having authority over a man in the church. Additionally, since husbands are to be leaders within their marriage and family, and the Christian family is a part of the church, contradictions would occur if the roles within the family and church were not similar.

1 Timothy 2:13 – This verse begins with “for” which means it justifies and relates directly to the verse prior. Paul explains that since God made Adam first, this is evidence that he made man to play the role of leader. Additionally, it’s important to note that not only did God form Adam first, God gave Adam the command that he and Eve were to follow before Eve was even created (Genesis 2:15:18). This indicates that God expected Adam to teach Eve God’s command.

1 Timothy 2:14 – Following the logic from 1 Timothy 2:13 that God made Adam first and God gave Adam the command before Eve was even made, 1 Timothy 2:14 emphasizes Eve being deceived to show what happened when Adam and Eve switched roles. Notice Satan only talks to Eve. But when God comes looking for them after they sinned, God spoke to Adam first (Genesis 3:9). Paul is pointing this out to show why he believes God made a man to lead and woman to follow when it comes to spiritual teaching and leading. He believes this because of how Satan acts towards the couple and how God acts towards the couple. God looks to Adam as the leader. Satan looks to Eve as the leader.

Women Should Not Preach to Men, But They Should Instruct Other Women and Children

1 Timothy 2:15 – This verse certainly has the most controversy with the most possible interpretations. The best interpretation in my opinion is to understand that the word “childbearing” is similar to the word “education” or “childrearing.” This fits well because Paul is saying that men are to teach publicly but women are to teach within the home as she raises her family. 1 Timothy 2:10 states that women are to be known by their “good deeds, appropriate for women who profess to worship God.” Faith without works is dead (James 2:14-26). These women are professing to be Christ followers, but now they have to show the evidence of their faith (good deeds) through fulfilling their proper roles, which is most often (not always, 1 Corinthians 7:25-40) raising children.

1 Timothy 2:15 certainly doesn’t mean women will receive salvation for literally birthing children because that would contradict Scripture which states that you are saved through grace and faith alone in Jesus Christ (Ephesians 2:8-10). Therefore, it must mean something that does not contradict other parts of the Bible; the idea that women are showing the evidence of their salvation through raising their children in the Lord seems to fit best since the whole context of these verses is about the roles of men and women.

Should Women Preach to Men?

So should women preach to men? In conclusions, 1 Timothy 2:11-15 makes it clear that women should not preach to men. God has called each of us, both male and female, to play equally important roles. Without both men and women living within their God-given design, the full picture of the glory of God is not shown.