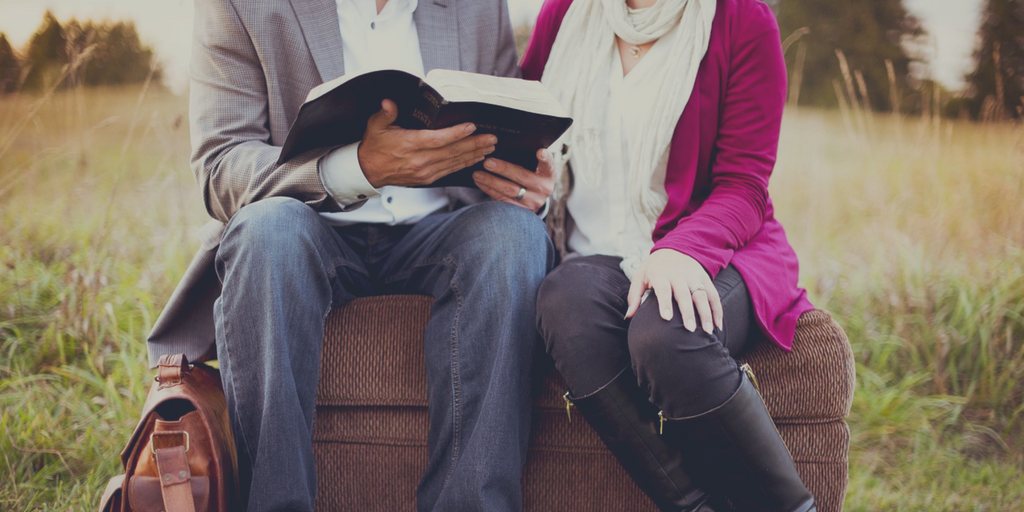 What should you do if there are theological differences in your marriage? Is interdenominational marriage acceptable? Does the Bible forbid interfaith marriage? Can a Calvinist marry an Arminian? Can a complementarian marry an egalitarian? Can a Baptist marry a Pentecostal? If you are dating to figure out if you should marry someone, but theological differences arise, is this a sign you should not get married?

As you can see, there are many different angles we can approach the subject of theological differences in relation to marriage and dating. We certainly won’t be able to answer every specific question as each situation will have so many variances to it. But let’s do our best to discuss some principles when it comes to marriage, dating, and doctrinal differences.

Sometimes people’s beliefs change. If you got married to someone who professed to be a Baptist but then changed to Catholicism, the biblical way forward will be  working towards harmony and not separation. Divorce is never God’s first option and should be avoided at all cost, even if massive theological differences arise in the marriage.

However, if you are dating someone to see if marriage is in your future together, the logic should be different than it would be for those who are already married. I think it would be helpful to explain the differences between first tier, second tier, and third tier theological differences. Albert Mohler explains this beautifully in his article, “A Call for Theological Triage and Christian Maturity,” but the summary is this:

First tier issues are those doctrines which are essential for salvation and are at the bedrock of Christian theology. If you disbelieve one of these doctrines, it means you are not a true Christian. Topics like the Trinity, the deity of Christ, salvation through faith alone and by grace alone, the truth of Scripture, the resurrection of Jesus, and other core theological truths like this are first tier issues

Second tier issues are those doctrines which differences can occur over while there still being unity over the fundamentals of the gospel and Christian truth in general. One group can believe one thing about these issues and another group something different, but both groups of Christians would affirm the other group are true believers as well.

However, second tier issues are important enough that they will divide people into difference churches and denominations. For example, some believe in the practice of baby baptisms while other Christians adamantly do not. Some believe females can be pastors over men and other Christians do not. Second tier issues come up so much in the daily and weekly practices of the church that it would be unhealthy for people with different beliefs about these issues to consistently work together daily. They can partner together on shared interests and missions, but second tier issues bring division in practical ways.

Third tier issue are those doctrines which can be disagreed over and there still be unity on a day to day bases. One pastor may believe the rapture will come before the tribulation while another pastor at the same church might believe otherwise, but in most churches an issue like this will not be a cause for the pastors to be unable to work together.

My advice would be to be very cautious in marrying someone if you have second tier issues since these will cause much division as life goes on and kids come into the picture. I don’t believe it would be impossible or even unbiblical to marry someone if there are second tier issues which you disagree about, but there will be many barriers to overcome. If people in this state came to me and really wanted to get married still, I would counsel them on how to focus on first tier issues, how to respect each other in disagreements, and how to be realistic going forward.

Third tier issues are to be expected in any relationship including marriage. The closer the two of you are on all theological matters the easier it will be in general when it comes to church, devotional times, raising children in the Lord, and spirituality in general within your home. But for there to be perfect theological harmony on every single issue is unrealistic and not a requirement for marriage.

If you already are in an interfaith marriage or a marriage with theological differences, the path forward is unity when possible and respectful disunity when unavoidable.

When Theological Differences Are Present in Marriage, Always Be Respectful and Be Unified When Possible

When it comes to first tier theological differences within the marriage, perhaps the best Bible verses to look at are found in 1 Corinthians 7:12-16:

To the rest I say (I, not the Lord) that if any brother has a wife who is an unbeliever, and she consents to live with him, he should not divorce her. 13 If any woman has a husband who is an unbeliever, and he consents to live with her, she should not divorce him. 14 For the unbelieving husband is made holy because of his wife, and the unbelieving wife is made holy because of her husband. Otherwise your children would be unclean, but as it is, they are holy. 15 But if the unbelieving partner separates, let it be so. In such cases the brother or sister is not enslaved. God has called you to peace. 16 For how do you know, wife, whether you will save your husband? Or how do you know, husband, whether you will save your wife?”

The way forward whether there are first, second, or third tier theological differences should be guided by a desire to honor Christ and to be a peacemaker. If only one person in the marriage is a true believer, it is his or her responsibility to show the other spouse the gospel through their love, respect, and commitment to Christ.

When you can compromise with the unbelieving spouse without sinning, you should do your best to do so. If compromising with the unbelieving spouse would cause you to sin and dishonor Christ, then you should allow their to be disunity in the most respectful way possible, “If possible, so far as it depends on you, live peaceably with all” (Romans 12:18).

If both the husband and the wife are true believers but there are second or third tier issues, the guiding principle should be to try to outdo one another in love:

Let love be genuine. Abhor what is evil; hold fast to what is good.10 Love one another with brotherly affection. Outdo one another in showing honor.”(Romans 12:9-10)

“Likewise, wives, be subject to your own husbands, so that even if some do not obey the word, they may be won without a word by the conduct of their wives, 2 when they see your respectful and pure conduct.

. . . 7 Likewise, husbands, live with your wives in an understanding way, showing honor to the woman as the weaker vessel, since they are heirs with you of the grace of life, so that your prayers may not be hindered.

8 Finally, all of you, have unity of mind, sympathy, brotherly love, a tender heart, and a humble mind. 9 Do not repay evil for evil or reviling for reviling, but on the contrary, bless, for to this you were called, that you may obtain a blessing.” (1 Peter 3:6-9)

In other words, never sin in your efforts to live in unity with your spouse. If your conscience is not violated and you can sacrifice joyfully for your spouse, do what you can to accommodate their theological beliefs and church preferences.

Ideally, a Christian marriage with second or third tier issues can be used to highlight the importance of the first tier issues. True unity is produced only through the power of the Holy Spirit through active faith in Jesus Christ according to the purpose and desire of God the Father.

When a watching world or a watching church witnesses a Christian husband and wife love and respect each other even though they have differences in their understanding of important theological matters, this brings tremendous glory to God.

When people unite over the gospel, God the Father, God the Son, God the Holy Spirit, the beauty found in Scripture, the glory of God, the love of God, and all the other amazing truths fundamental to salvation and the thriving Christian life, God is glorified and people are benefited.

In summary, a Christian marriage can still be amazingly enjoyable even if there are serious theological differences. It won’t be easy, but by focusing most on first tier issues, loving God, and loving other people through the power of the gospel, there can be immense harmony in the marital union, joy in the relationship, and glory to God in the marriage even when there are theological differences.