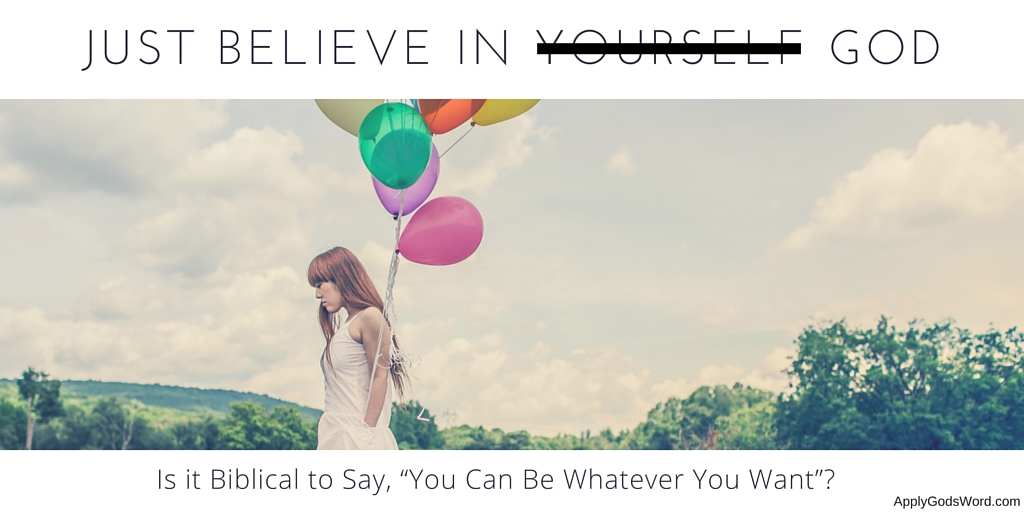 Jesus looked at them and said, “With man it is impossible, but not with God. For all things are possible with God.”-Mark 10:27

No Matter How Much You Believe Something, It Can’t Change the Bible

On a comical note, I was at the basketball courts a few days ago and overheard a younger kid tell an older guy, “I wish I could dunk like you!” The older guy said with all sincerity, “You can dunk! You just have to believe in yourself!”

While this comical exchange is a bit on the extreme side, the ridiculousness of it permeates through the idea that anyone can be anything, as long as they really believe and really try their best. I would really love to dunk the basketball too, but I’ve been 5’8 with a white man’s jumping ability for the last 15 years and no matter what else I do, that fact is not changing.

Comedy aside, telling our children they can be anything they want as long as they believe in themselves is so dangerous because it flies in the face of God’s sovereignty. Put bluntly, America is very anti-sovereignty-of-God. Most Americans want a God who does their bidding, not a God who made us to do his bidding.

The idea that God has a preordained plan (that does not violate but uses the freedom of humans), that God is in heaven and does whatever he wants – these ideas fly in the face, and make red the face, of most Americans’ ideology on life.

“Just Believe in Yourself” Is Rooted in Postmodernism, Not the Bible

Creating our own reality through our own beliefs is a fantasy land many people have chosen to live in. The idea that people can be whatever they want and achieve whatever they want as long as they believe in themselves is what has led many to deny the reality of hell, to forsake the orthodox view of heterosexual marriage, to believe men can turn into women and women into men, to state that a “fetus” is not a life worth protecting, and that men and women who can’t fulfill the same exact roles in family and the church are somehow not being treated equally.

God Allows People to Obey and Disobey Him, So Christians Must Allow This Too

Perhaps a better, more biblical thing to say to our children is that we should all be able to try and be whatever we want. There is a big difference between having equal opportunity versus having an equal outcome.

An America that allows each person to try and be whatever they want is so great because it treats each individual like God treats us. While God does not want us to do certain things, he gives us the freedom nonetheless to obey or disobey. 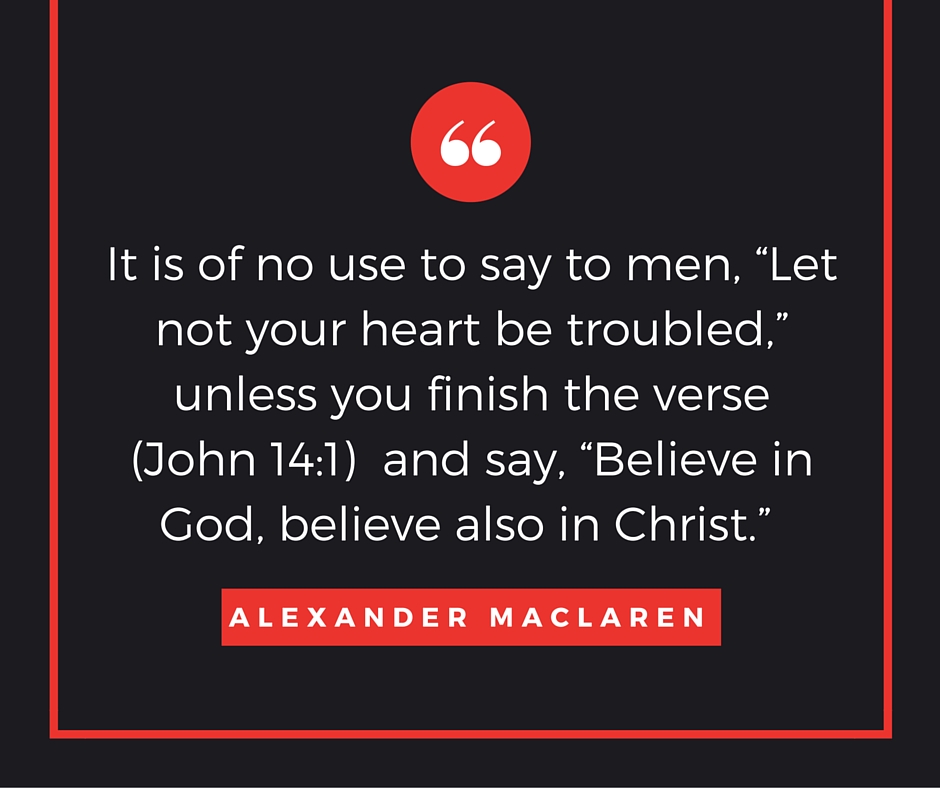 While it’s nonsense to say we can all be whatever we believe, it’s right to say that we all have the right to believe whatever we want.

It’s a lie to say that “we can all be whatever we want.” God is in control and we are not. We do not live in a world where we will always get what we believe we should.

As the disciples watched the young rich man walk away with his head down because Jesus just exposed the truth that it is impossible for the rich to enter the kingdom of heaven (no matter how hard they try or believe they can), “The disciples were even more amazed, and said to each other, ‘Who then can be saved?’ Jesus looked at them and said, ‘With man this is impossible, but not with God; all things are possible with God’” (Mark 10:26-27).

I recently drove by a church road sign that said, “With God, nothing is impossible.” This is a very different message than what the Bible states. The road sign was saying that if you have God, there is nothing you can’t achieve. Nothing is impossible for God. But even “with God” there are some things in life that will be impossible to achieve because God has said “No.” The Bible states that even if you do work really hard, like the young rich ruler in Mark 10, it is still impossible for you to do what you want if it is not what God wills.

So what should we tell our kids? It’s not wise to bombard their minds with thick theology about the sovereignty of God. But rather than telling them they can become whatever they want if they just believe and have faith in themselves, it will be much more fruitful to tell them, “God has a good plan for your life. Now go and figure out what it is!”

Each kid should have the freedom to pursue their dreams. Each individual should have the right to equal opportunity. We are all free, but so is God. When our wills collide, only one comes out on top, and in the end it’s always God.

Therefore we should seek his plan rather than wasting our life pursuing our own.