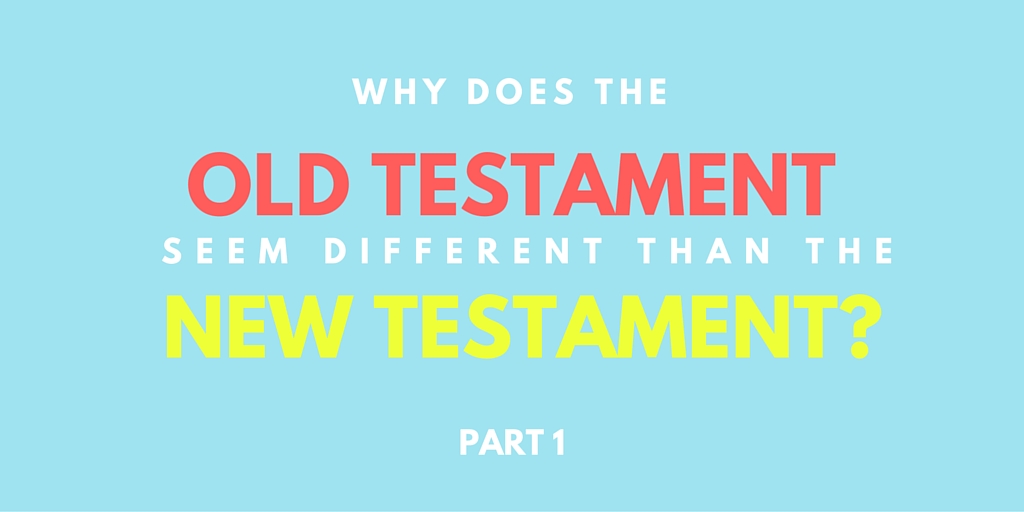 There’s many different ways to approach questions revolving around the apparent differences between the Old and New Testament. One way is to go through each and show how God was actually quite merciful before Christ came and how God will still shows his wrath over sin even after he sent his Son to earth.

Doing that is helpful and good. But to deny that God does act different than he did in the Old Testament seems disingenuous. As Christians, we can’t deny how harsh, severe, and violent some of the laws really are in the Old Testament compared to the commands to be gracious, loving, and kind in the New Testament.

Harsh Old Testament Laws Are Meant to Show Us Our Sinfulness

To understand why the Old Testament laws seem so harsh and different compared to the New Testament, we need to take a macro perspective of God’s redemptive plan.

“For no one can ever be made right with God by doing what the law commands. The law simply shows us how sinful we are” (Romans 3:20).

In the New Testament, Jesus came to restore what went wrong. The Old Testament pattern was that God created everything perfect, man sinned, and then he sent laws because everyone was sinful. The New Testament pattern works the other direction. Man was already sinful, the laws already existed, Jesus came to heal man of his sinfulness, and thus the laws became obsolete when sin is taken away. They became obsolete not because they no longer applied, but through the gospel of Jesus Christ he fulfilled them on our behalf and applied God righteousness to us (Matthew 5:17).

Jesus came to restore what was lost, he came to change the world back to the way God had originally intended it. We are in the process of that full recovery happening, and when Christ returns a second time we will see the full redemption. Thus you can see throughout the New Testament a lessening emphasis on laws because sin is losing its grip on the Christian’s heart. When Jesus restores us fully and our sinful nature no longer exists, there will be no more laws at all since we will all live perfectly without being told what to do and what not to do.

The point is this: the Old Testament laws, including the harsh ones, are not a reflection of the world God originally intended. For example, God made rules for slavery not because he supported slavery but because this sinful world was full of people who practiced it. God made rules for how men were to divorce their wives not because God supported divorce but because the human heart was so hard he knew it was going to happen. For as Matthew 19:7-9 explains:

They said to him, “Why then did Moses command one to give a certificate of divorce and to send her away?” He said to them, ‘Because of your hardness of heart Moses allowed you to divorce your wives, but from the beginning it was not so. And I say to you: whoever divorces his wife, except for sexual immorality, and marries another, commits adultery.’”

This passage is referring to divorce, but the principle can certainly be applied to all of the harsh Old Testament laws. Man deviated from God’s original plan, and thus God sent laws not to a sinless human race but to a sinful human race. If God would have said, “No slavery, no divorce, no arranged marriages, no . . .” he knew the hardness of heart within humans had no chance. Rather than tell people to recreate Eden which would have been impossible for humans to even attempt, God gave them laws on how to live in a fallen world. But none of these harsh laws are a reflection of the way God originally intended the world to be; thus the difference between the Old and New Testament, for in the New Testament God is seeking to restore things to the way they were mean to to be.

The laws of the Old Testament are so harsh because God is dealing with a hardhearted people. The New Testament is the story of how God is going after the root issue, the human heart. Because God has given the world a chance to have a new heart through the gospel of Jesus Christ, many of the Old Testament laws that were meant to keep in check the old heart no longer apply (Romans 2:25-29).

As Jesus said in Matthew 19:7-9, God gave Moses harsh laws because man’s heart was hard, but this was not the way God intended it in the beginning. Now that Jesus is restoring the human heart to how God made it in the beginning, his instructions to the hard heart no longer apply. We should not follow laws directed at a sinful heart when God has now made our hearts new (Ezekiel 36:25-27), and the New Testament explains this fact over and over again (Colossians 2:13-17, Philippians 3:8-9, Galatians 2:15-21).