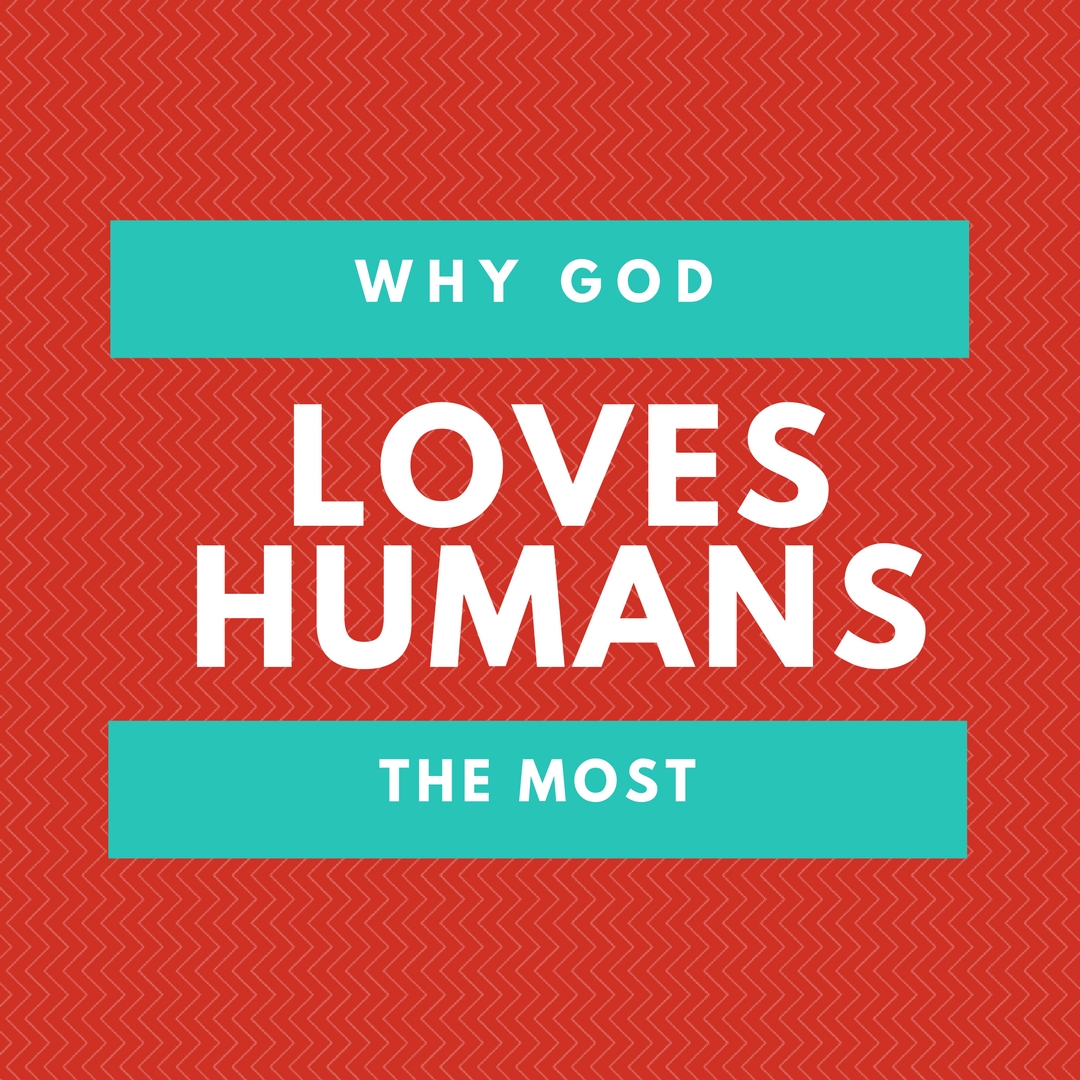 In the six days of creation, there is clearly a progression of intricacy happening. God starts general, making light, and then gets more detailed, finally making man.

It was a progression in revealing his own glory, for the glory of God is the visible manifestation of God’s beauty and character. When you see some intangible quality of God in a tangible way, it’s called “the glory of God.” That’s why, for example, when God would reveal himself in the Old Testament to the Israelites in a cloud or in fire it says the “glory of God” would appear (Exodus 24:15-18).

So when God starts with making light and then ends with making man, it was all to reveal something about himself, for “The heavens declare the glory of God; the skies proclaim the work of his hands. Day after day they pour forth speech; night after night they reveal knowledge” (Psalm 19:1,2), and God said man was, “created for my glory, whom I formed and made” (Isaiah 43:7). The one who has revealed the most about God, and thus the one who has glorified God most, is God himself, Christ Jesus:

The Son is the image of the invisible God, the firstborn over all creation. For in him all things were created: things in heaven and on earth, visible and invisible, whether thrones or powers or rulers or authorities; all things have been created through him and for him. He is before all things, and in him all things hold together. And he is the head of the body, the church; he is the beginning and the firstborn from among the dead, so that in everything he might have the supremacy. (Colossians 1:15-18) 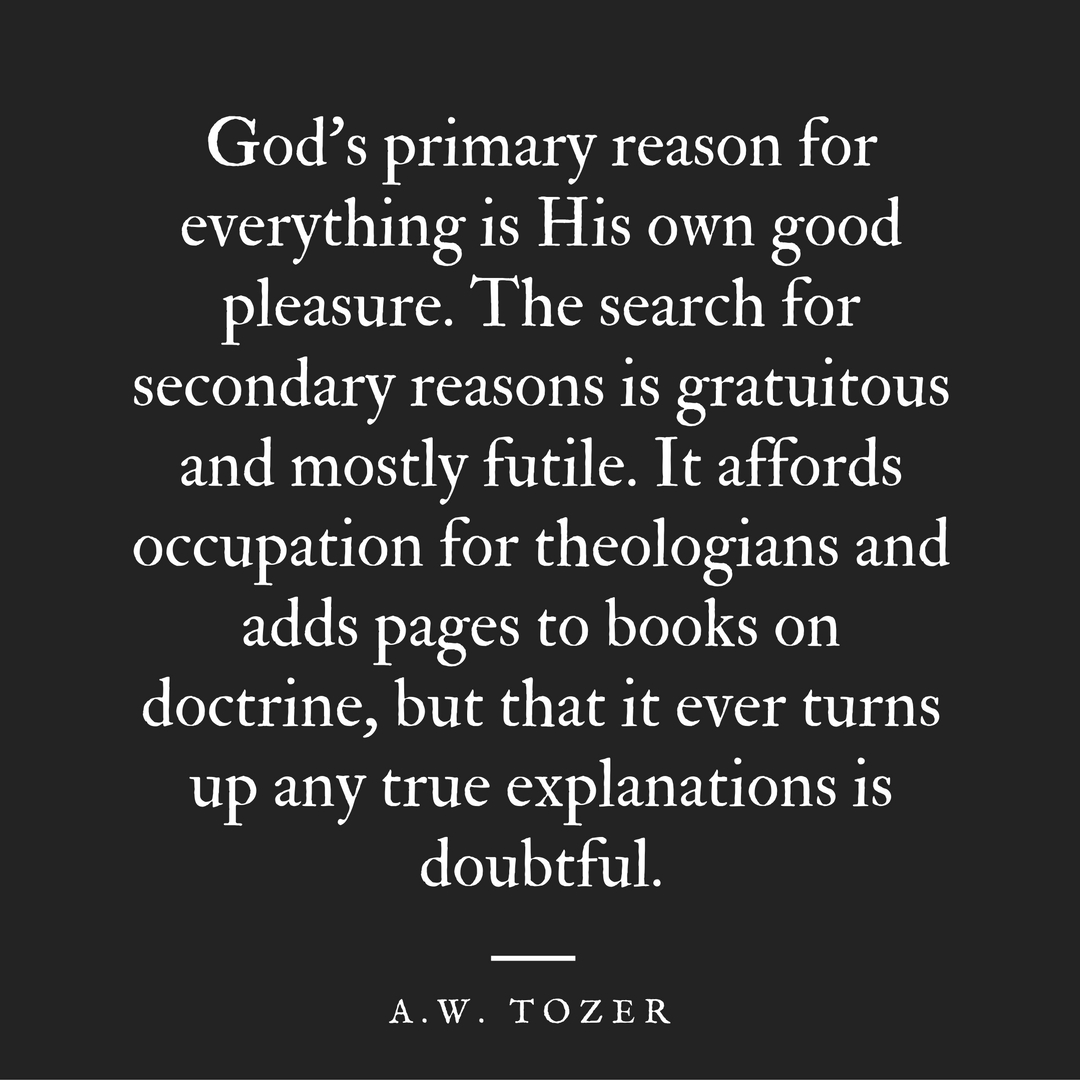 Notice it said that everything has been created through him and “for him.” God does everything for his own glory. Could it be, that the reason he loves us and honors us above other parts of creation is because we reveal (glorify) him more? And intermingled with that thought, could it be that because he loves humans most, he has ordained us to reveal him best? Why doesn’t he love trees more, birds more, dogs more, stars more, or anything else in the entire universe?

It isn’t random coincidence that God loves humans most. He didn’t play spin the bottle one time and it just so happened the bottle landed on the humans and not the amphibians. God loves us most because he loves himself the most, for we above all other parts of creation reflect his image the best. And perhaps before that thought, it can be said because he loves us most he has blessed us with a greater portion of his glory.

When you begin to learn that God is for himself first, it hits an uneasy nerve in you, if you believe it all. But the more you embrace this truth, the freer you are to embrace the idea that God’s desire for glory actually translates into our good.

Nobody makes anything to look like themselves unless they really have a high value for themselves. And no one would bless someone with their own likeness unless they really loved that person. If someone other than God tried to make everyone look like him or her, it would be prideful and vain. But God, knowing he is the best, knew that the most loving act he could do for us was to make us in his image, and then redeem us to be conformed into the likeness of his Son after we fell (Romans 8:28,29). Because God is forever committed to his own glory, he will be forever committed to loving and seeking to save us, for humans reflect him more than anything else.

Because God loves humans most in all of creation, he has blessed us with bearing his image best. And because we bear his image best, he loves us most. Our good and God’s glory are forever intertwined.