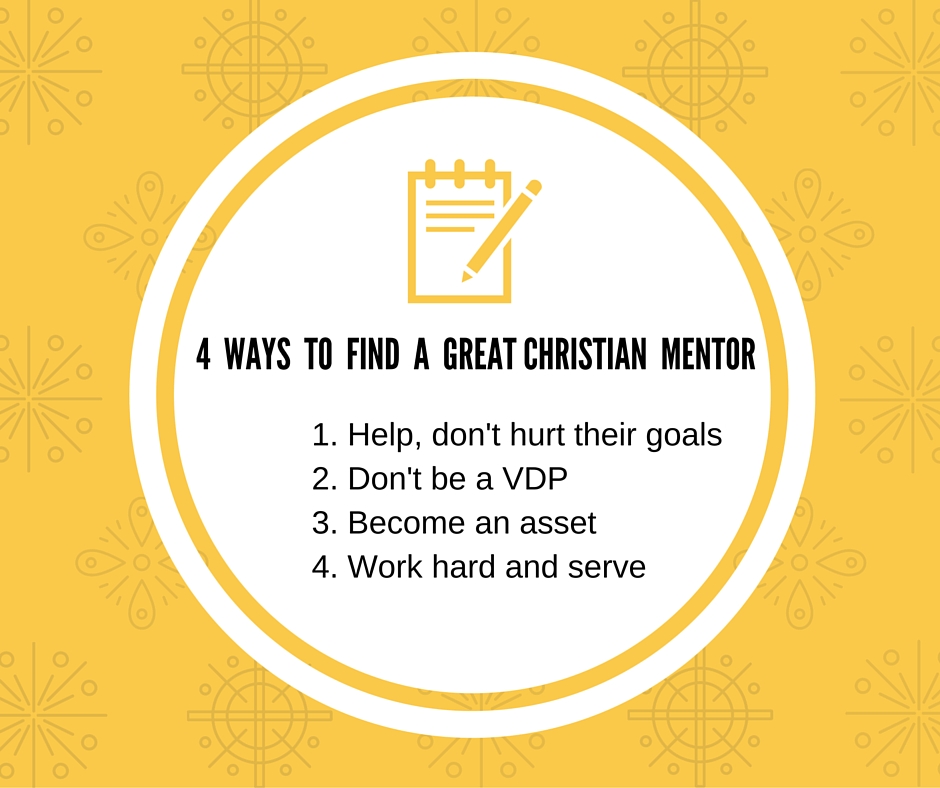 How to Find a Christian Mentor: Don’t Be Self-Centered

“Where are all the mentors?” is often posed as a question but it is really meant to be an accusation against the generation above us. But perhaps the blame does not always lie in the lack of mentors available but also in the demands and expectations of those desiring to be mentored.

In our early years, especially amongst the millennial generation (which I am one), out of the love many of our parents have for us, they did all they could to give us the best chance of maturing into responsible adults. They footed the bill and sacrificed every weekend for 10 years straight so we could be on that travel sports team. There the coach came prepared to practices and games with a plan to help us succeed. Some of our parents worked an extra to get us to the best school possible. We live in a society where the teacher’s are expected to seek to help and pour into the students. Students then go off to college, pay enormous amounts of money, and there again the expectation is for the professors to go above and beyond to help the student who needs the help. In all of these different contexts, often times these parents, coaches, and teachers are even blamed for the younger person’s lack of success.

In none of these scenarios is the child, player, or student expected to be an asset to the parent, coach, teacher, or professor. In the Bible, however, those being mentored or apprenticed were actually useful to the mentor.

Paul had many younger men in his life that he was mentoring, but all of these men were also working towards the same goal as Paul during the mentoring process. Paul had a singular focus in advancing the gospel of Jesus Christ and when anyone started to hinder this goal, even young men in need of mentoring, Paul cut ties with them for the sake of the larger mission.

In Acts 15:37-39 we learn the Mark is becoming a distraction to Paul because Mark is struggling to stay committed to the missionary work Paul was doing. Therefore, even though Mark clearly could have benefited from some extra mentoring by Paul to help him with his commitment problems, Paul thought it was best to not take Mark along anymore.

How to Find a Christian Mentor: Join the Ministry of the Mentor, Don’t Expect to Be the Ministry

Perhaps the reason there are so few mentoring relationships happening now days is because those who are in need of being mentored expect older people to drop their entire life and revolve themselves around the mentored. Often times the mentored want to be the ministry rather than join a mentor in a ministry.

This is the opposite approach Paul used with his mentoring relationships. He did not join their direction in life but rather invited them to join him in his direction. Likewise, Jesus did not start following the disciples, asking Peter and John when would be convenient for them for him to stop by and give them the eight magical steps to be better fishermen. Rather, Jesus told them to follow him so he could teach them to advance his kingdom. The disciples joined Jesus’ mission and direction in life, Jesus didn’t join their mission and direction in life.

How to Find a Christian Mentor: Be an Asset to Your Mentor, Not a VDP

Typically, the types of older Christian men and women we would want to be mentored by are active, busy Christians who are showing they have great direction and purpose in life. Christian CEOs, great coaches, pastors, or admirable parents, if they are any good at what they are doing, should be busy running their companies, studying their sports, shepherding their flocks, and attending to their families, all for the glory of God. Christian mentors like these don’t have time for people who are going to distract them from their primary goals.

But, usually, Christian mentors do have time to train people to accomplish similar goals which they hold. Goal driven people are typically willing to allow others to walk beside them if that person will actually help them in their life’s passion and work. 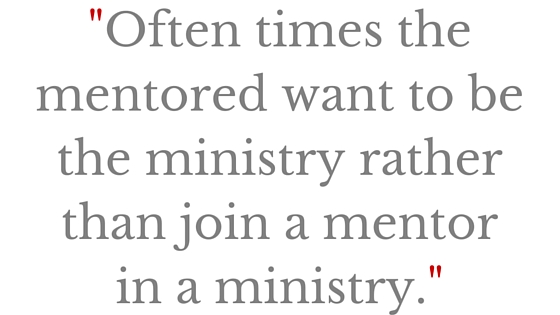 A great Christian mom is much more likely to take a young wife under her tutelage if the younger woman will come over during the day and help the older woman clean the house, allowing them time to talk as they fold the mounds of laundry the older women needs to get done before the kids come home from school. A great pastor will be much more willing to mentor a young man if that young man is willing to meet and help him manage the church youth ministry once a week. The Christian CEO might let a MBA intern in her inner circle if that student is willing to be available whenever the phone rings, makes copies without complaining, gets coffee the way she likes it, and does whatever else she and the other board members ask.

Successful, busy Christians simply avoid VDPs (very draining people). You may think a Christian should just be willing to help anyone who needs help. But God gifts each Christian differently. Thankfully there are those who have the gift of compassion and can mentor anyone, no matter how much time and emotional energy it might take. But if you want a highly successful, accomplished Christian to be your mentor, you just can’t be a VDP. Successful people have an internal radar that steers them as far away as possible from individuals who will be dramatic, distracting, and difficult to work with. Anything or anyone that will hinder their goals simply get avoided like the plague.

How to Find a Christian Mentor? Put In the Work and Serve, Don’t Just Expect to Be Served

Paul wrote Timothy and Titus personal letters not just because Paul was so generous with his time, but also because Timothy and Titus were useful in church planting, which was the goal of Paul. Paul was personally invested in the church at Philippi because he loved them but also “because of [their] partnership in the gospel from the first day until now” (Philippians 1:5). Paul’s main goal was to glorify God by the advancement of the gospel. It is not a surprise, therefore, that Paul gave extra mentoring time and attention to people and churches who shared his same purpose in life.

As our life continues to unfold, a good Christian mentor is priceless in helping us journey well. So if you want to be mentored, then perhaps you need to be willing to roll up your sleeves and work, making yourself useful to the ministry your Christian mentor is already committed to rather than asking a very focused person to make you their new ministry.

So how can you find a good Christian mentor? In short, joining and helping a Christian mentor in advancing their mission in life is a great way to attract a good mentor.

(Note: To be fair and balanced, Barnabas disagreed with Paul and wanted to still be around Mark, and the Bible does not say who was right or wrong in this disagreement. Later in 2 Timothy 4:11, once Mark matures a bit, we see Paul actually requesting Mark because now “he is very useful to me for ministry,” which again proves Paul wanted to partner with people who would help his mission.

Perhaps Mark became a more useful person because Barnabas did go the extra mile to help a younger person who wasn’t useful yet. Colossians 4:10 explains that Mark and Barnabas were cousins, so it seems logical that we should go the extra mile for people who we have a stronger commitment to such as family and close friends. Surely there is a need to help those who may not be a direct asset right away like Barnabas did for Mark. But the principle still applies that if you want to know how to find a Christian mentor, it helps to be helpful to that mentor.)