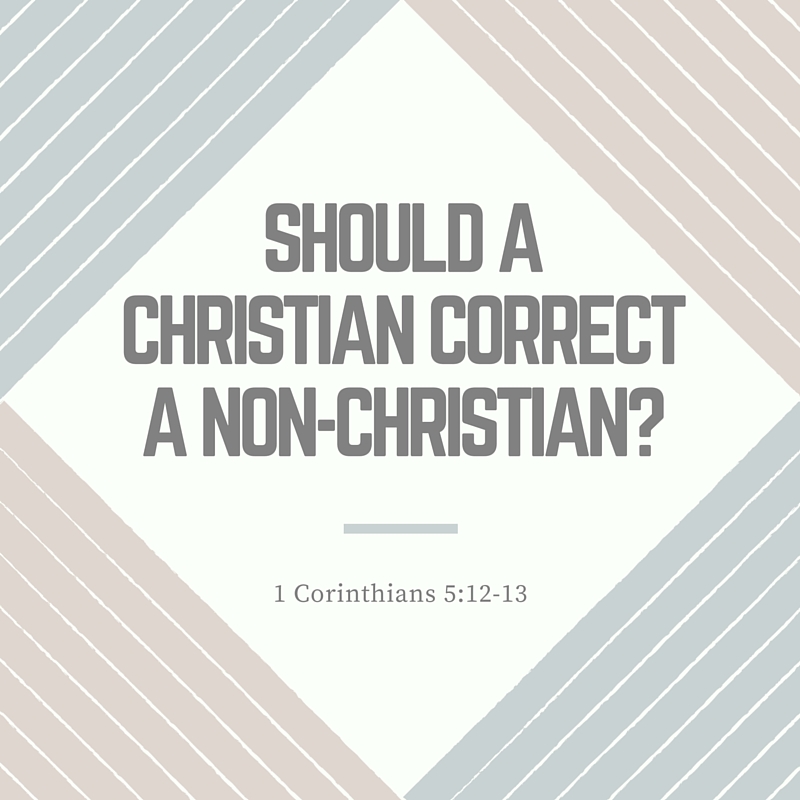 Friendships are messy. No matter how good a person seems to be, eventually they will wrong you. So what should you do when someone sins against you? First off, the Bible makes clear that how we correct, or don’t correct, depends upon whether the offender claims to be a Christian or a non-Christian.

If he or she does claim to be a Christian, the Bible lays out clear steps on how address that person (Matthew 18:15-20 for peer-to-peer relationships, 1 Timothy 5:19-20 for church authority figures). However, when it comes to unbelievers, a different approach is advised. Note the distinct difference Paul treats spiritual brothers with compared to non-Christians when it comes to correction:

I wrote to you in my letter not to associate with sexually immoral people— 10 not at all meaning the sexually immoral of this world, or the greedy and swindlers, or idolaters, since then you would need to go out of the world. 11 But now I am writing to you not to associate with anyone who bears the name of brother if he is guilty of sexual immorality or greed, or is an idolater, reviler, drunkard, or swindler—not even to eat with such a one. 12 For what have I to do with judging outsiders? Is it not those inside the church whom you are to judge? 13 God judges those outside. “Purge the evil person from among you.” (1 Corinthians 5:9-13)

In light of this passage, we can see that when a Christian notices sin in an unbeliever’s life – whether it be in their parenting, their sexual activity, their language, or simply their lack of obedience to God’s commands – the non-Christian should not be held to the same standards as those who confess to be members of Christ’s body, the church.

Unbelievers will not be held to a lesser standard by God, as he will judge everyone for every sin they commit whether they knew it was sin or not. But Christians should not expect non-Christians to live out a moral lifestyle that every believer is expected to pursue, thus they should not correct them as they would a professing Christian.

Correction Is For Close Friendships

Additionally, if a Christian is wronged by a non-Christian friend, the bigger problem may not be the offense but the friendship itself. While every Christian is called to be a light to the lost world, which will certainly require friendships with unbelievers, the Bible makes clear that believers should not be yoked together with unbelievers (2 Corinthians 6:14). 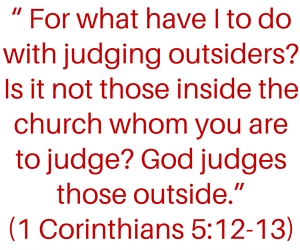 James 4:4 states, “You adulterous people! Do you not know that friendship with the world is enmity with God? Therefore whoever wishes to be a friend of the world makes himself an enemy of God.” Again, this does not mean Christians should never have relationships with unbelievers in work environments and for witnessing purposes, but it does mean that they should not be linked with non-Christians in such a way where a negative influences will occur.

Loving, serving, and investing in lost people does not require that we entrust ourselves to those who do not know and love God. Jesus himself came to save the world from their sins, “But Jesus on his part did not entrust himself to them, because he knew all people and needed no one to bear witness about man, for he himself knew what was in man” (John 2:24-25). When we engage the world, we must keep their spiritual condition in perspective.

Without the Holy Spirit, no one will be convicted of their personal sins (John 16:8). Without someone being delivered from wickedness and coming into the family of God, the Bible states that at a minimum people are actually controlled (which is not the same as possession) by Satan, “We know that we are children of God, and that the whole world is under the control of the evil one” (1 John 5:19). With this fact in mind, it should not be a surprise when non-Christians act maliciously and hurtful.

Wisdom and prudence will be needed on how to handle situations that involve the sinfulness of unbelievers, specifically when that sinfulness lashes out at you. Since no one has a chance to live righteously without a relationship with Jesus Christ, rather than correcting specific sins of non-Christians, it seems wiser to witness about the truth of Jesus Christ.

We cannot expect non-Christians to live by the same code we do when they have not signed up to do so. As Matthew 7:6 explains, “Do not give dogs what is holy, and do not throw your pearls before pigs, lest they trample them underfoot and turn to attack you.” This passage is not meant to be offensive in calling people dogs or pigs. What it means is that we should not give correction to people who are not asking for it and who will not value it.

You Should Not Correct a Non-Christian, But You Should Protect Yourself

Lastly, we must always forgive anyone who offends us, but we are not required to continue to put ourselves in harm’s way for those who are showing zero receptivity to the gospel. You should not correct a non-Christian, but you should protect yourself and set boundaries for that person so you are respected and protected from being wronged endlessly in the future.

Jesus explains in Matthew 10:14-15, “And if anyone will not receive you or listen to your words, shake off the dust from your feet when you leave that house or town. Truly, I say to you, it will be more bearable on the day of judgment for the land of Sodom and Gomorrah than for that town.”

As hard as it is, we must forgive, but we must also leave the correction of non-Christians who hurt us to God. 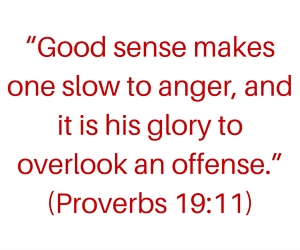