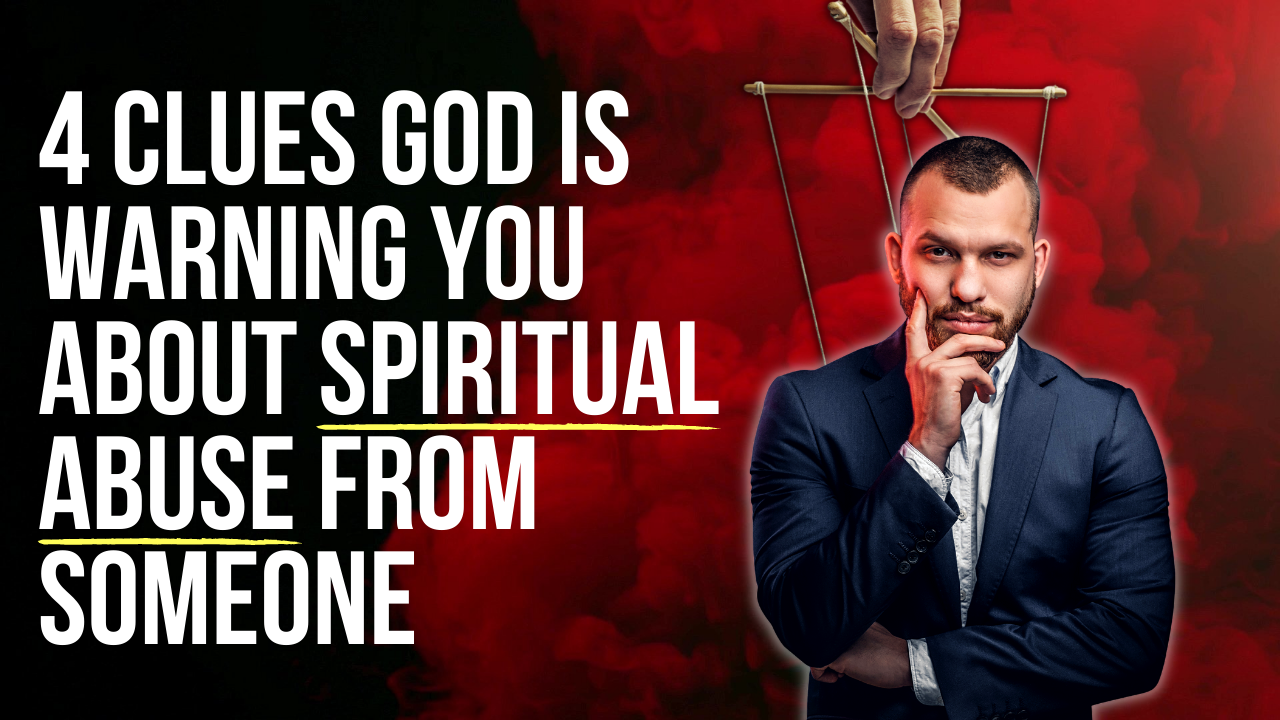 What does the Bible say about signs of spiritual abuse?

Spiritual abuse is different than being led by an under equipped leader, a burned-out leader, or a leader you disagree with. Of course a leader with these issues can then commit spiritual abuse, but we should not be quick to accuse someone of spiritual abuse every time a leader makes a mistake.

So here are 4 signs God is warning you that someone is committing spiritual abuse against you.

1. If Someone Is Using the Bible to Condemn You So They Can Then Control You Through Shame and Fear, This Is a Mark of Spiritual Abuse

As Christians, we are called to discipline one another in love when we have the right relationship and authority in each other’s lives to do so (Galatians 6:1-2, 1 Corinthians 5:12-13). But loving discipline is different that condemnation.

Loving discipline says, “Please, for your own sake, stop this behavior that is hurting you and others.” Loving discipline will then follow through on helpful consequences that will help motivate this person to change. Condemnation, however, says, “For my sake, you need to stop this behavior or I will do something to bring you harm.” Discipline is done in love (Hebrews 12:6). Condemnation is done in hate (Romans 8:1).

In John 8:1-11, the scribes and Pharisees were trying to spiritually abuse Jesus by attempting to condemn him so they could control him. They tried to do this by bringing a woman caught in adultery to him because they knew he would not condemn her. But Jesus turns the tables on them and disciplines them. They see their wrongs and leave him alone. To the woman the Pharisees and scribes tried to use to trap Jesus, he said, “‘Woman, where are they? Has no one condemned you?’ She said, ‘No one, Lord.’ And Jesus said, ‘Neither do I condemn you; go, and from now on sin no more.’”

Jesus wasn’t okay with her sin, but he did not use her sin to bring shame to control her like the scribes and Pharisees were trying to do. If someone is using the Bible as a weapon against you to bring condemnation, shame, and fear as a means of manipulation, this person is spiritually abusing you (Colossians 2:16-23).

2. If Someone Is Using Their Spiritual Leadership Position to Enrich Themselves, This Is a Mark of Spiritual Abuse

At the root of all abuse is selfishness. Abusers are the type of people who only care about themselves. They are willing to bring harm to others as long as it brings them what they want. Notice how 1 Peter 5:1-3 warns against this type of spiritual abuse:

So I exhort the elders among you, as a fellow elder and a witness of the sufferings of Christ, as well as a partaker in the glory that is going to be revealed: shepherd the flock of God that is among you, exercising oversight, not under compulsion, but willingly, as God would have you; not for shameful gain, but eagerly; not domineering over those in your charge, but being examples to the flock.”

3. If a Spiritual Leader Uses Their Influence Over Others to Attack Those Who Disagree with This Leader, This Is a Mark of Spiritual Abuse

Some false prophets use those they are called to serve as their little army. They send their loyal followers after anyone who disagrees with them or challenges their authority in any way.

This is spiritually abusive not only to the people his followers are attaching but this is also spiritual abuse of his followers who he is telling to attack this person. Those adults who are following a bad spiritual leader are at fault for following this bad leader and allowing themselves to be used as a weapon against others. But the leader is also at fault for weaponizing his followers against his personal enemies. May we all take seriously the warnings of Paul in Galatians 1:6-9, which state:

I am astonished that you are so quickly deserting him who called you in the grace of Christ and are turning to a different gospel— not that there is another one, but there are some who trouble you and want to distort the gospel of Christ. But even if we or an angel from heaven should preach to you a gospel contrary to the one we preached to you, let him be accursed. As we have said before, so now I say again: If anyone is preaching to you a gospel contrary to the one you received, let him be accursed.”

4. If Someone Is Trying to Take Away Your Free Will Through False Biblical Claims, This Is a Mark of Spiritual Abuse

Really, spiritual abuse is all about control. A good spiritual leader should influence our behavior in positive ways. As Paul said in 1 Corinthians 11:1, “Be imitators of me, as I am of Christ.” They should teach, instruct, and discipline us when we need it. But even God himself allows us to sin. God gave us choice and he respects our right to choose even if we are choosing wrongly. A spiritually abusive person will need to control you all the time.

Spiritual leadership isn’t supposed to be about controlling people. It’s about serving people. As Jesus said in Mark 10:42-45, which states:

You know that those who are considered rulers of the Gentiles lord it over them, and their great ones exercise authority over them. But it shall not be so among you. But whoever would be great among you must be your servant, and whoever would be first among you must be slave of all. For even the Son of Man came not to be served but to serve, and to give his life as a ransom for many.”

God is not okay with our sin. He commands us to not sin. But he does allow us to sin if we choose to. There are consequences for this, but God respects our choices. A spiritually abusive person will try to take away your dignity and humanity by taking away your free will.