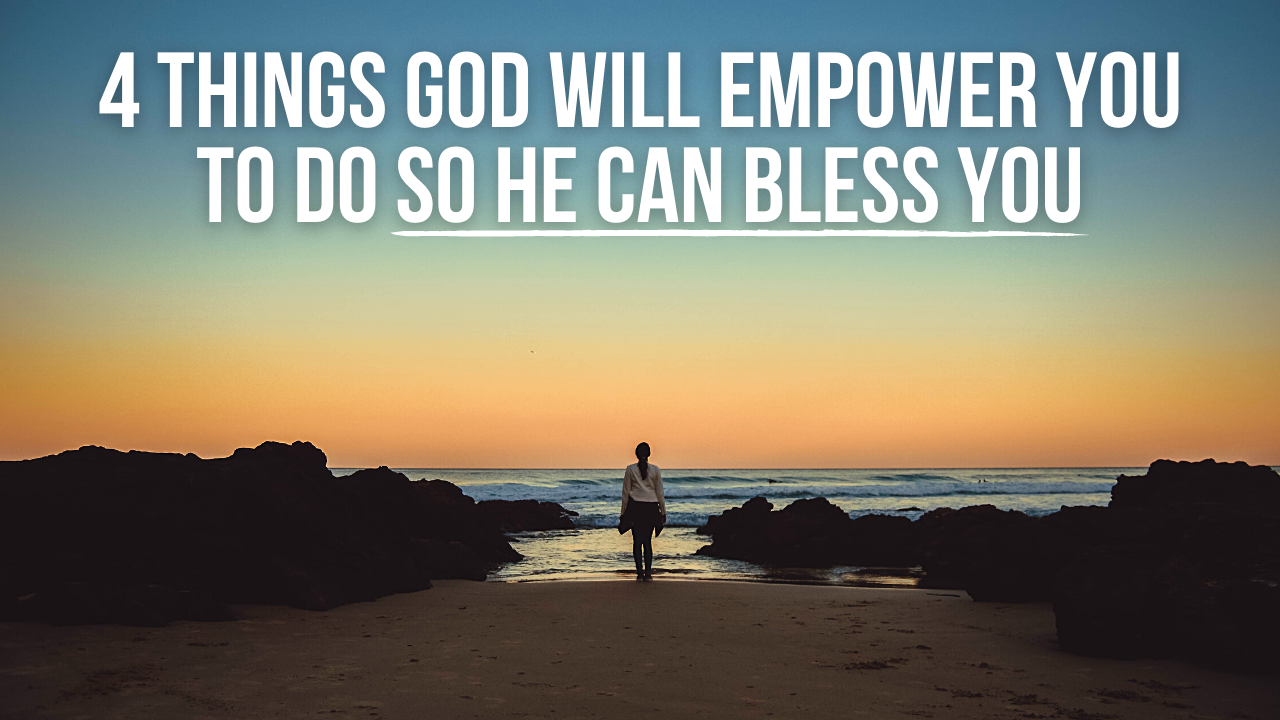 By studying how God tested Abraham in Genesis 22, we can learn at least 4 principles that will helps us know what God wants us to do before he will bless us.

1. Before God Will Bless You, He Wants You to Be Willing to Give Up the Thing You Want the Most

Genesis 22:1 starts with the phrase, “After these things God tested Abraham . . . .” For decades, Abraham and Sarah desperately wanted a child together. Sarah had been barren, but by the miraculous power of God, she bore a son late in life. Surely this season of waiting only increased Abraham’s love for his son, Isaac.

God often tests us by asking us to give up what we want the most. I’m not saying God will actually call you to give up what you want; for as we can see in Genesis 22, God just wanted to test Abraham’s willingness to sacrifice his son and did not actually require the sacrifice. Likewise, God is not always asking you to give up that dream, that relationship desire, the hope for marriage, or that deep longing of the heart – but he is testing your willingness to give it up for him.

If you are holding onto something so tightly that you are not willing to give it up if the Lord asked you to give it up, God will often wait until you are willing before he will actually bless you. He does not do this because he wants you to earn the blessing. Rather, God waits until we are willing to give up what we want in life because God will not bless us with an idol.

Whenever we want something more than we want God, that is an idol. But when you want God more than everything else, God is then free to bless you with other things as gifts of his love because he then knows you will not worship the gifts rather than the Giver of those gifts.

As Genesis 22:16-17 states, “By myself I have sworn, declares the Lord, because you have done this and have not withheld your son, your only son, I will surely bless you . . . .”

2. Before God Will Bless You, He Wants You to Have a Healthy Fear of the Lord

Throughout the Bible, we are consistently taught to have a healthy fear of the Lord. Many people try to make this phrase more palatable by saying that fearing God just means that you respect God. The fear of the Lord certainly does include respecting God, but I think an honest reading of Scripture also points to a true terror being a part of the fear of the Lord as well.

I don’t mean that you should fear that God hates you, wants to punish you, or wished ill towards you. I don’t mean you should fear God like an abused child fears their drunk father because they never know when dad is going to randomly lose it and beat them for no reason. That’s certainly not what the fear of the Lord means. But when you begin to understand the holiness of God, it is impossible not to also have a true fear of God. For as Hebrews 10:28-31 explains:

Anyone who has set aside the law of Moses dies without mercy on the evidence of two or three witnesses. How much worse punishment, do you think, will be deserved by the one who has trampled underfoot the Son of God, and has profaned the blood of the covenant by which he was sanctified, and has outraged the Spirit of grace? For we know him who said, ‘Vengeance is mine; I will repay.’ And again, ‘The Lord will judge his people.’ It is a fearful thing to fall into the hands of the living God.”

God is love, but God is not only love. God is also holy, which means that he will never overlook sin and accept imperfection. Rather, to satisfy God’s love for us and God’s holiness, he makes us perfect through Jesus Christ. He does not overlook our disobedience. Rather, in holiness he requires the perfect obedience of Jesus Christ to replace the perfection we lack. Because of Jesus, we don’t just need to fear God. Now, we can also come into his presence like little children seeking the warm embrace of our Heavenly Father. As 1 John 3:1 states, “See what kind of love the Father has given to us, that we should be called children of God; and so we are.”

Therefore, before God will bless you, he wants you to respect his power and respond with obedience through the Spirit as Abraham did, for as Genesis 22:12 says, “He said, ‘Do not lay your hand on the boy or do anything to him, for now I know that you fear God, seeing you have not withheld your son, your only son, from me.”

3. Before God Will Bless You, He Wants You to Listen for His Voice and Obey His Voice

The stories we see in the Bible about those whom God blesses are so different than one another. Each is unique, but one common trait you will see again and again in the lives of those whom God blessed is there attentiveness to the voice of God and their eagerness to then obey the voice of God. As Genesis 22:17-18 says, “And your offspring shall possess the gate of his enemies, and in your offspring shall all the nations of the earth be blessed, because you have obeyed my voice.”

Why was Abraham blessed? Yes, because of God’s grace, but it also says he was blessed “because you obeyed my voice.” If you want God to bless you, you must listen for and obey his voice.

4. Before God Will Bless You, He Wants You to Have the Faith to Believe He Can Raise What Is Dead to Life

Genesis 22 is really a foreshadowing of the gospel of Jesus Christ. Just as Abraham put the wood on his son’s back and was going to sacrifice his only son, so too did our Heavenly Father put the wooden cross on Jesus’ back and then sacrificed his only Son. But the comparison does not end there, for in Hebrews 11:17-19 (NIV) it states:

By faith Abraham, when God tested him, offered Isaac as a sacrifice. He who had embraced the promises was about to sacrifice his one and only son, even though God had said to him, ‘It is through Isaac that your offspring will be reckoned.’ Abraham reasoned that God could even raise the dead, and so in a manner of speaking he did receive Isaac back from death.”

Before God will bless you, he wants you to have the faith to believe in his resurrection power.