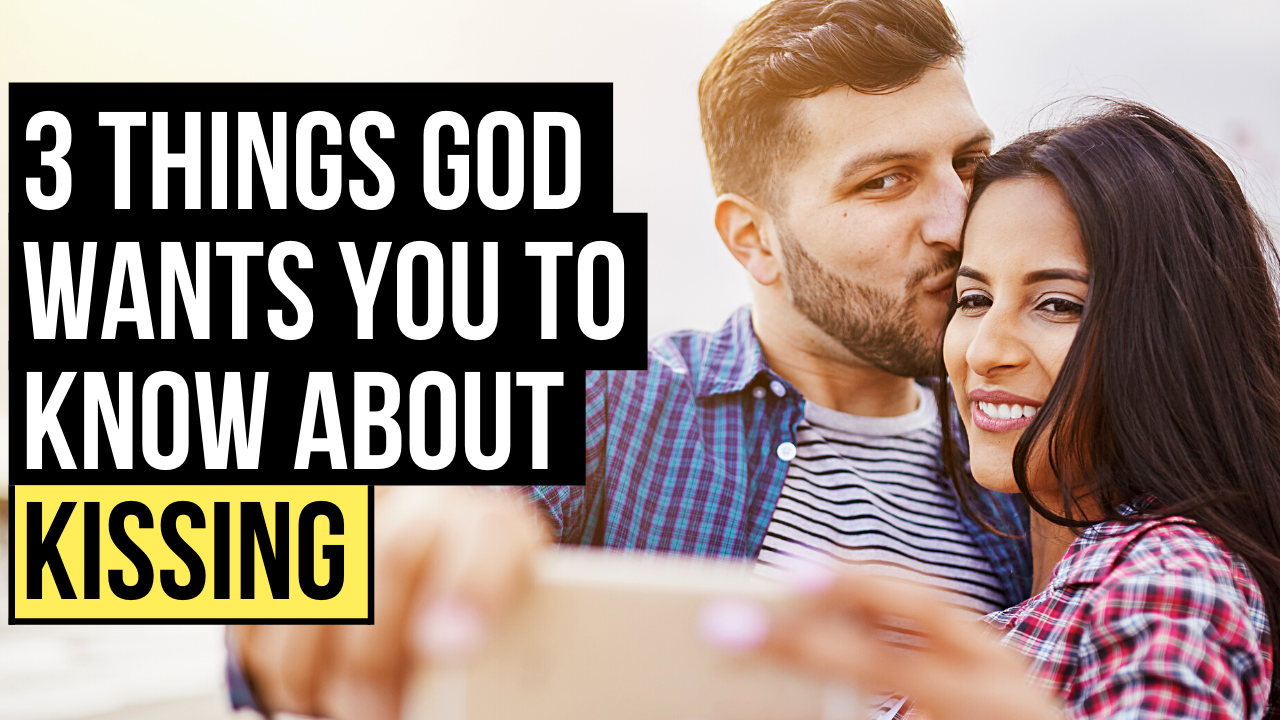 1. God Does Not Want You to Kiss in a “Sexual” Way Before Marriage

There’s something about humans that love lists and specific formulas. When it comes to physical intimacy, Christians routinely try to come up with lists of approved and unapproved signs of affections that dating couples can follow. But nowhere in the Bible will you find such a rigid outline of specific physical actions.

What you will find in the Bible, however, are very clear principles that will make it obvious whether or not an action is pleasing or displeasing to God. When it comes to acts of physical intimacy, like kissing, I believe there are two biblical principles that will help you determine what God is saying to you.

I believe these principles are found in 1 Corinthians 7:2-9, which states:

But because of the temptation to sexual immorality, each man should have his own wife and each woman her own husband. The husband should give to his wife her conjugal rights, and likewise the wife to her husband. For the wife does not have authority over her own body, but the husband does. Likewise the husband does not have authority over his own body, but the wife does. Do not deprive one another, except perhaps by agreement for a limited time, that you may devote yourselves to prayer; but then come together again, so that Satan may not tempt you because of your lack of self-control. . . . To the unmarried and the widows I say that it is good for them to remain single, as I am. But if they cannot exercise self-control, they should marry. For it is better to marry than to burn with passion.”

Notice that every time sexual acts are mentioned outside of the bond between a husband and wife, it is forbidden. Husbands and wives only have conjugal rights with each other. If they have a sexual experience with someone who is not their spouse, that is called adultery. If they experience a sexual act away from one another, that is falling to Satan’s temptation because of your lack of self-control. The only option for a sexual experience is for it to be between a husband and wife.

So what does the Bible say about kissing? Well, it doesn’t say “Though shall never kiss anyone you are not married to.” But it does say you should not have any sexual experiences with anyone besides your spouse.

Therefore, when I apply these principles to kissing, I believe this means that you should not be kissing in a way that is sexual in nature if you are single. What does “sexual kissing” mean? I think that is an honest question only each person can answer. A quick peck on the lips might be a loving sign of affection for a serious couple headed towards marriage or it could be a big temptation because it is arousing sexual desires.

I believe some kissing can be non-sexual because in the New Testament there is a phrase used that says “a holy kiss” (Romans 16:16, 1 Corinthians 16:20, 2 Corinthians 13:12, and 1 Thessalonians 5:26). Culturally at that time people would greet each other with a kiss, so this phrase is not referring to kissing between a man and woman romantically interested in each other – which is my point. This is an example of how kissing can be used in a non-sexual way.

I think if we are all be honest with ourselves, kissing in a sexual way is one of those things you know when you see it. If a boyfriend and girlfriend feel that the way they kiss is honoring the Lord and is simply a loving sign of affection rather than a sexual experience, I think there is biblical grounds for that type of kissing. But I also believe that most kissing done between a boyfriend and girlfriend very easily leads to sexual kissing which is sin.

Therefore, be cautious. Be honest with yourself and with God. If it’s sexual and you are single, it’s sin.

2. God Does Want You to Want to Kiss the Person You Would Like to Marry

The danger for Christians who desire to flee sexual immorality in their lives as 1 Corinthians 6:18 commands is that they can start confusing sexual sin with sexual desire. God is the one who gave you a sexual desire. When you get into a serious dating relationship with someone, you should have a sexual desire for them.

I’m not talking about lust, for as Jesus said in Matthew 5:28, “But I say to you that everyone who looks at a woman with lustful intent has already committed adultery with her in his heart.” Lust is when you desire to have a sexual experience with someone who is not your spouse. It is not lust when you like someone romantically and are attracted to them sexually. This just means that if you were to get married to this person, you would want to have sexual experiences with them in marriage, which is what God wants too in marriage. It’s only lust when you want to act on those feelings before you say “I do.” It’s healthy to want to act on those feeling after you say “I do.”

So when it comes to kissing, I believe it is good for Christian singles headed towards marriage with each other to want to experience sexual intimacy with each other. It would be more concerning if that desire was absent in your relationship. You have to be careful it does not lead to sexual sin before marriage. But you should want to kiss in a sexual way the person you want to marry because God made it that way.

The reason a Christian dating couple should want to know what the Bible says about kissing is not so they can get as close to the line as possible without sinning but rather so they can express their love in the best way possible.

There are so many more important things to focus on before marriage than kissing and cuddling. Sexual intimacy often blinds a couple to the red flags that are present in the relationship. Once they get married and the sexual blinders are removed, many people then think their spouse changed. But that’s not what happened; they just were not seeing each other properly because they were too focused on one another’s bodies rather than on their hearts during the dating season.

So my advice is to focus less on kissing and more on actually loving the other person in biblical ways so you two can glorify God together. As 1 Corinthians 6:19-20 states, “Or do you not know that your body is a temple of the Holy Spirit within you, whom you have from God? You are not your own, for you were bought with a price. So glorify God in your body.”