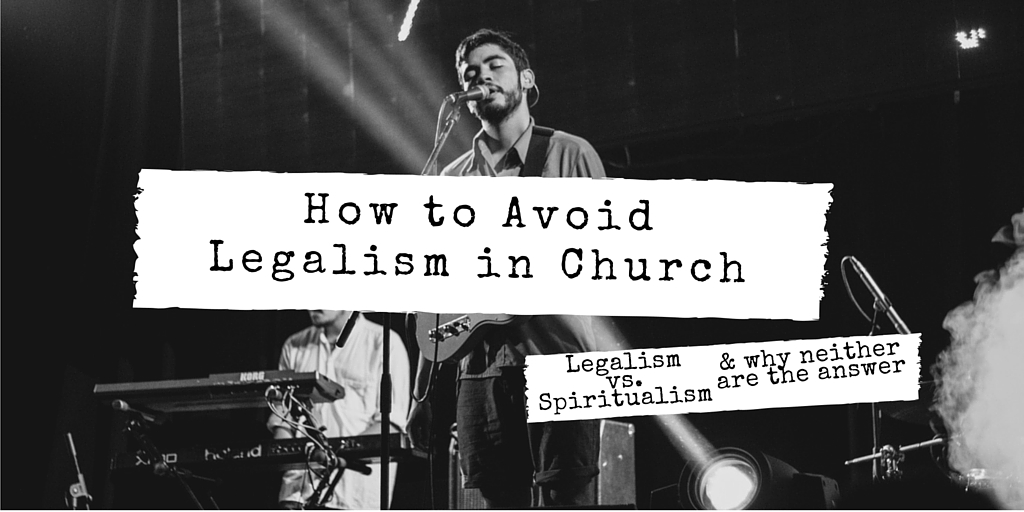 In response to a legalism that puts all the emphasis on the outer actions of man, many Christians have traded in legalism for a hyper-spiritualism, thus creating a movement within the American Church which emphasizes, above all things, the inner life.

The motivation of the heart has become the topic of conversation. Some church cultures have grown so “spiritual” and hip (anti-legal) that when good deeds are done, some members roll their eyes as if obeying the law is a form of immature Christianity because it is seen as “legalistic.” Reading the Bible, praying, fasting, becoming a faithful church member, participating in the sacraments, tithing, submitting to authority, and other normal means of grace seem so “straightedge” that cool, “non-legalistic Christians” show their maturity by not doing these things . . . with the right motive of course.

While legalism is a problem within Christianity, hyper-spirituality is not the solution. Since legalism is an emphasis on doing the right thing to earn good stuff rather than receive by grace gifts from God, many have turned their attention to the motives of the heart. This is right. God clearly tells us throughout the New Testament that good deeds without a good motive really are a dangerous combination within Christianity (Matthew 23). But the avoidance of good deeds is not the solution to legalism since good deeds are not the problem. Legalism occurs when we do good things with a bad motive. The motive is the problem; obeying the law is not the problem.

To avoid legalism in Christianity, you must continue to do good things commanded by God while doing them with the right motive.

In Christianity, Doing Bad With a Good Motive Is Just As Dangerous As Legalism

Sadly, in response to legalism in Christianity, those who have broken away from the normal patterns of biblical behavior are often elevated as the “really spiritual Christians.”

To cuss, to watch edgy movies, to sleep with your fiance “because you really love her,” or to wear the provocative clothing of the world is sometimes used to prove how spiritual a Christian really is, as if they are so close to God they know he doesn’t really care about these outer actions as long as the heart is right (which is often open to personal interpretation).

Biblical means of grace are abandoned by some with the thought of avoiding a legalistic Christianity based in outer actions emphasized by an older generation who wore suits and ties. With the explanation of avoiding a mindless religion of doing things their parents did “because that’s what you’re supposed to do,” some Christians feel the only thing that matters is if what they do, they do with the correct heart motive.

Motives, the anti-legalist says, trump everything! This type of logic is very unbiblical and though different than legalism, it is just as dangerous as legalism in Christianity. 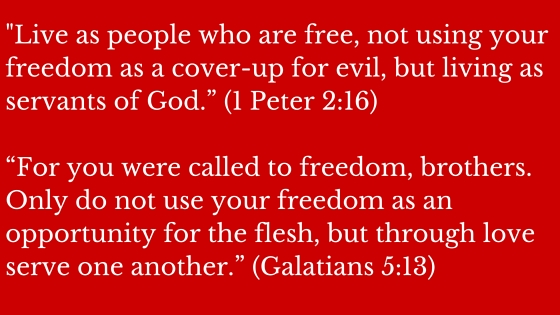 How to Avoid Legalism in Christianity: Don’t Be Appearance-Conscious

Clearly motives are important to God. He alone has the ability to weigh the heart as man looks at the outer life (1 Samuel 16:7); but this fact does not contradict the truth that faith without works is lifeless (James 2:18).

God does look at your heart but that doesn’t mean he has stopped looking at your outer actions too. A spirituality without an observable, outer holiness as defined in the Bible is dead and dangerous. 2 Timothy 3:2-10 explains that in the last days, people are going to pretend to be good but in actuality they will be very bad, for they will be an appearance-conscious people, “having the appearance of godliness, but denying its power. Avoid such people.”

God has defined for us in the Bible a way to live that leaves room for personal expression but which does not leave room for personal interpretation. If your attention to your motives is taking away from your observable godliness, you are fooling yourself, having a form of godliness but denying the real power of God which enables us to live according to his word.

The right way to avoid legalism in Christianity is not to reject the law, but rather to correct the false motives present in your reasons for obeying the law. If the motive is the problem, fix the motive. The solution to legalism is not to indulge in an expression of easygoing sinfulness, and the solution to easy going sinfulness is not legalism. The way to be holy and free from legalism is to follow the law with the right motive to love God through the grace of Jesus Christ.

An inner spirituality without an outer holiness is a great way to do what you want without feeling bad about it. But true joy in the Lord comes only when we do the right things with the right motives. You need the outer and inner life consecrated to God if you desire to avoid legalism in Christianity.