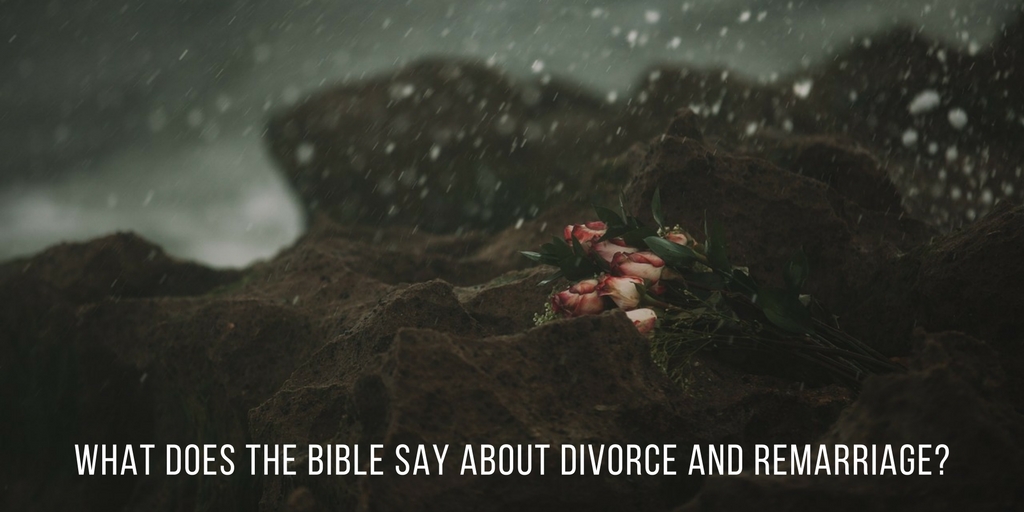 Three Common Views About Divorce and Remarriage for Christians?

The unbiblical view is that anyone can divorce and remarry for any reason. There may be some variations on the details here, but if remarriage is offered to anyone regardless of why the divorce happened, I believe this view is not biblical (Matthew 19:3-9, Matthew 5:31-32, Luke 16:18).

The next view on “What does the Bible say about divorce and remarriage?” is that divorce is not permitted except for adultery or if an unbelieving spouse wants the divorce. However, in this view, remarriage is not a biblical option under any circumstance. You may divorce for these two reasons but remarriage is not allowed for any reason other than death. If your spouse dies, that is the only reason anyone would be allowed to remarry.

I can see the biblical validity of these last two views just mentioned. I believe divorce is a complicated subject in the Bible and there are many variables present in each real-life situation. While I could still be persuaded to change my beliefs about divorce with further study and hearing more teaching, if I had to choose which view I believe in with my current biblical understanding, I would choose the third view I mentioned.

The first point we should make when answering “What does the Bible say about divorce and remarriage?” is that divorce is never a command. Sometimes it is an option but it is never the first option.

1 Corinthians 7:10-11, “To the married I give this charge (not I, but the Lord): the wife should not separate from her husband 11 (but if she does, she should remain unmarried or else be reconciled to her husband), and the husband should not divorce his wife.”

Matthew 19:6, “So they are no longer two but one flesh. What therefore God has joined together, let not man separate.”

We will discuss the other Scriptures besides these which add more information to this topic of divorce. But here we can see that divorce is not what God wants. Even in instances where divorce is permitted, divorce is never commanded.

God wants a husband and wife to stay together because he made marriage to reflect his union with his church (Ephesians 5:22-33). Christ never leaves his people; therefore divorce does not represent the union between God and his people. If adultery does occur, forgiveness and reconciliation is the first option. Divorce is an option if adultery occurs but it is not required:

1 Peter 3:9, “Likewise, husbands, live with your wives in an understanding way, showing honor to the woman as the weaker vessel, since they are heirs with you of the grace of life, so that your prayers may not be hindered. 8 Finally, all of you, have unity of mind, sympathy, brotherly love, a tender heart, and a humble mind. 9Do not repay evil for evil or reviling for reviling, but on the contrary, bless, for to this you were called, that you may obtain a blessing.”

While God does not command divorce, he does allow it for two very specific reasons mentioned in the Bible:

Matthew 19:3-9, “And Pharisees came up to him and tested him by asking, “Is it lawful to divorce one’s wife for any cause?” 4 He answered, “Have you not read that he who created them from the beginning made them male and female, 5 and said, ‘Therefore a man shall leave his father and his mother and hold fast to his wife, and the two shall become one flesh’?6 So they are no longer two but one flesh. What therefore God has joined together, let not man separate.” 7 They said to him, “Why then did Moses command one to give a certificate of divorce and to send her away?”8 He said to them, “Because of your hardness of heart Moses allowed you to divorce your wives, but from the beginning it was not so. 9 And I say to you: whoever divorces his wife, except for sexual immorality, and marries another, commits adultery.”

Matthew 5:31-32, 31 “It was also said, ‘Whoever divorces his wife, let him give her a certificate of divorce.’ 32 But I say to you that everyone who divorces his wife, except on the ground of sexual immorality, makes her commit adultery, and whoever marries a divorced woman commits adultery.”

1 Corinthians 7:12-16, “12 To the rest I say (I, not the Lord) that if any brother has a wife who is an unbeliever, and she consents to live with him, he should not divorce her. 13 If any woman has a husband who is an unbeliever, and he consents to live with her, she should not divorce him. 14 For the unbelieving husband is made holy because of his wife, and the unbelieving wife is made holy because of her husband. Otherwise your children would be unclean, but as it is, they are holy. 15 But if the unbelieving partner separates, let it be so. In such cases the brother or sister is not enslaved. God has called you to peace. 16 For how do you know, wife, whether you will save your husband? Or how do you know, husband, whether you will save your wife?”

If one person commits adultery, the person who was sinned against in the marriage has the biblical option to divorce. If someone is married to an unbelieving spouse and the unbeliever wants to leave the marriage, then the believing spouse is free to let that person divorce him or her.

John Piper, for example, is someone who holds to the belief that remarriage is never biblical if divorce occurred. If you’ve read much of my content, you know I usually have very similar beliefs as Piper. Piper himself, however, states this topic is difficult to navigate and accepts that many whom he agrees with normally will have a different view than him about divorce and remarriage. (For more on Piper’s views about divorce and remarriage, click here.).

The reason there is various beliefs on divorce and remarriage is because there is not an explicit text that definitively clarifies the issue of remarriage. The parameters for divorce are clear. But when it comes to remarriage there is not a clear proof text. Here is how I have reckoned with this topic.

It seems to me that if God allows for divorce in certain instances he would also allow for remarriage in these instances. For example, when a spouse dies, the law is no longer binding on that husband or wife who is still living. In other words, they are no longer husband and wife when one passes away. Therefore the Bible says remarriage can occur in these instances:

1 Corinthians 7:39, “A wife is bound to her husband as long as he lives. But if her husband dies, she is free to be married to whom she wishes, only in the Lord.”

I believe remarriage is allowed when a death occurs because the marriage covenant is over. “Until death do us part.” When death occurs, the two are no longer married and thus it is not an affair if the living spouse remarries. Likewise, if a biblical divorce occurs the two are not married and thus it would not be adultery for a new marriage to occur.

I believe adultery occurs when an unbiblical divorce happens because the two are still married. If you divorce for an unbiblical reason you are not truly divorced in the eyes of God. Therefore when you marry another you are committing adultery.

When a biblical divorce occurs, I believe God recognizes this divorce and no longer considers this man and woman as a husband and wife. Therefore if they remarry they are not committing adultery. This is why I believe remarriage is biblical if the divorce itself was biblical.

So in summary, I believe you can remarry if you were divorced because an affair took place or if an unbelieving spouse left you. If you divorced for some other reason, I believe you are not permitted to remarry.

In instances where remarriage has occurred even though it was done so in sin, I believe the marriage should be honored and the two should not divorce. Life is messy. We cannot go back and always undo what was done. Rather, we should seek to honor Christ where we are at in our lives right now (1 Corinthians 7:17-24).

For instances where abuse is occurring in the marriage, I do not believe divorce is permitted in Scripture as this is never mentioned. However, I do believe a separation would be the proper approach as none of us are called to allow abuse to go on repeatedly without protecting ourselves. (For more on this, you can read my article, Can Christians Divorce for Abuse?)

What Does the Bible Say About Divorce and Remarriage?

Divorce is not an easy topic in the Bible. Additionally, divorce is never an easy topic in real life. Relationships are always messy even when they are healthy. When there is hurt and dysfunction occurring, the mess only compounds.

Therefore each individual relationship should be examined against the Scriptures closely. We should all do our best to interpret and apply the Scripture accurately. We must all be honest in our hearts about what we feel is the most biblical approach and live by that truth. Whatever view we hold, we must hold to it because we believe the Bible says it, not because we want the Bible to say this.

Lastly, we should all respect each other’s views on this topic and not divide over it. I believe you can serve side-by-side with those who have a different view than you about divorce and remarriage. However, each person must practice what they believe the Bible says while not passing judgement on their brothers and sisters who believe the Bible says something different. We should read Romans 14 and seek to live in harmony with one another while holding tightly to what we each believe the Bible really says.

In any case, divorce is always sad. Even when it is not a sin to divorce, sin is the real reason for divorce. If sin did not exist, divorce would not exist. Let us hold tightly to the gospel and Christ’s love for the church. Let us hold marriage in high honor because marriage reflect God’s love for his people.

Let marriage be held in honor among all, and let the marriage bed be undefiled, for God will judge the sexually immoral and adulterous.” -Hebrews 13:4