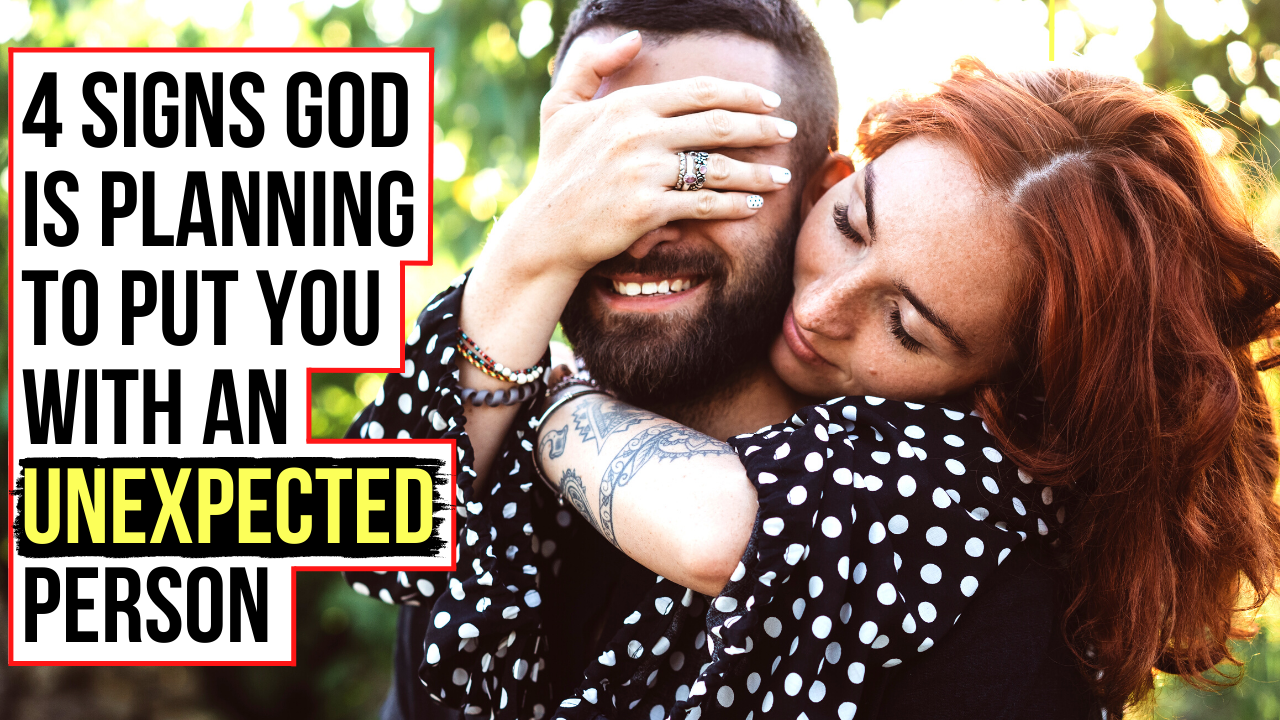 1. If You Have Been Forced to Go Somewhere You Don’t Want to Go, This Could Be a Sign God Is Preparing You to Be with Someone You Did Not Expect

When Jacob fled from home because Esau wanted to kill him, he met Rachel (Geneses 29:9). When Joseph was sold as a slave and ended up in Egypt, God gave him a wife there (Genesis 41:45). Moses was forced to flee from Egypt to Midian, but he met his wife Zipporah there (Exodus 2:21). Ruth left home with Naomi, but when she arrived in Bethlehem she met Boaz (Ruth 1:22). And when David went to check on his brothers, he ended up fighting Goliath, which led to him marrying Saul’s daughter (1 Samuel 17:25).

Likewise, sometimes we are forced to move to a new city, switch churches, move jobs, or find a new group of friends. And in these unexpected changes in life, God often introduces us to new people. Sometimes one of these new people will end up being your future spouse.

2. If You Are Finally Letting Go of Someone You Thought Was “The One,” This Is a Good Sign God Is Preparing You to Be with Someone You Did Not Expect

If you believe you know who “the one” is but you are not even dating his person, it’s statistically more likely that this person is not the one.

Of course you could be right. I’m just pointing out the realistic odds of this person you are not dating being “the one” because everyone else you are not married to could also realistically be “the one” as well.

It’s okay to think someone was the one but to then change your mind. It’s okay to realize you were mistaken. In fact, the sooner you do let go of a false belief, oftentimes this leads to a quickening of you meeting the one God does have for you.

As Proverbs 19:21 states, “Many are the plans in the mind of a man, but it is the purpose of the Lord that will stand.”

3. If You Are Letting Go of Non-Biblical Traits You Wanted in a Spouse, This Is a Good Sign God Is Preparing You to Be with Someone You Did Not Expect

If God is leading you to let go of some of your personal requirements for your future spouse, this is a good sign he’s leading you to be with someone you did not expect.

4. If You Had a Strong Sense of the Details in How You Would Meet, Date, and Marry the Person God Has for You, God Is Probably Preparing You to Be with Someone You Did Not Expect

The only thing you should really expect is the unexpected. Life is unpredictable. As soon as you think you know what will happen, usually something different actually occurs.

So release the reigns, open your hands, and let go of all the expectations. By being open to God’s story for your life and less committed to your own story you wanted for your life, you are much more likely to experience the good God wants to give you.

Remember, we are characters in the story but God is the Author of our stories. As Paul wrote to the Philippians:

And I am sure of this, that he who began a good work in you will bring it to completion at the day of Jesus Christ,” (Philippians 1:6), “for it is God who works in you to will and to act in order to fulfill his good purpose,” (Philippians 2:13, NIV).