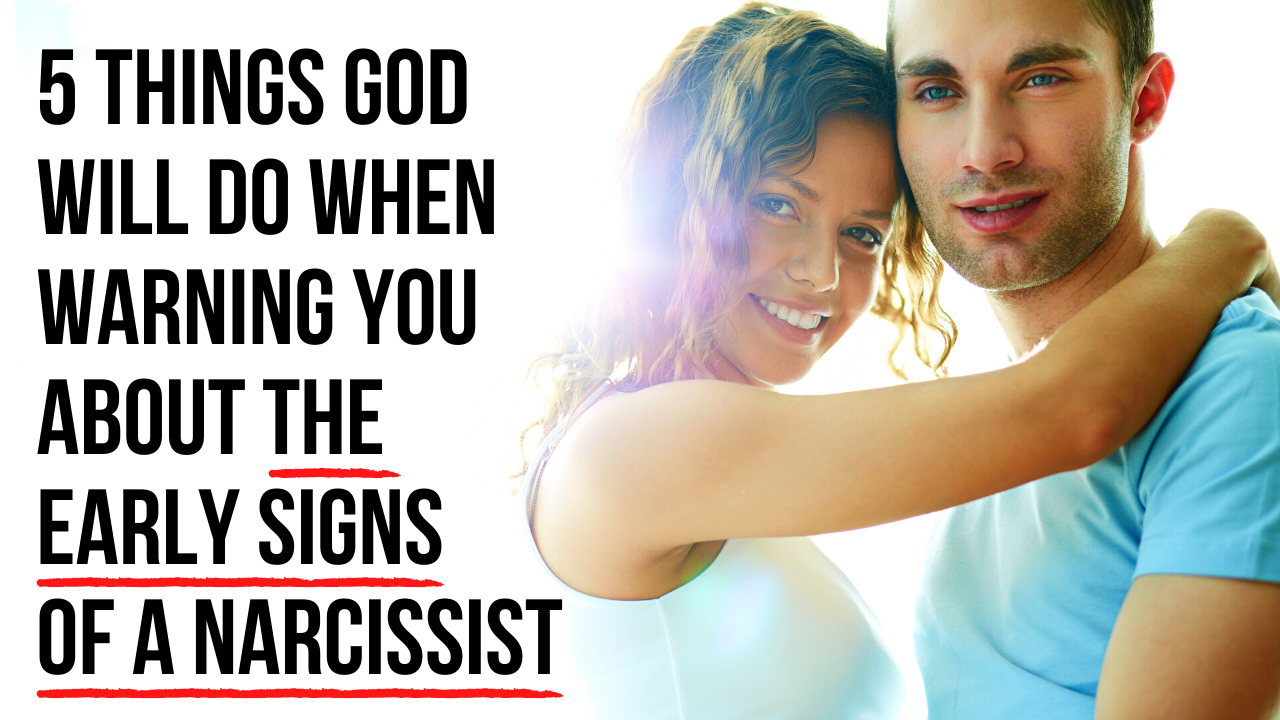 Here are 5 early signs God will show you when warning you about a narcissist.

1. They Present Themselves as a Perfect Person Who Has Been the Victim Many Times

We all know how important first impressions can be. But a narcissist usually has a bad reputation because of their long history of narcissistic behavior. Eventually they burn their bridges with their former community. And so when they show up to a new community or get into a new relationship, they often present themselves as an innocent victim who was completely wronged by the people in their past.

While we should certainly be empathetic towards people we don’t know that well when they tell us about how other people wronged them in the past, you should also be careful this new person is not trying to manipulate you in the process (1 Timothy 5:19).

When someone is eager to tell you how right they are and how wrong everyone else has been (Proverbs 18:17), especially when you are just getting to know this person, this is often a sign God is warning you about the early signs of a narcissist.

2. They Butter You Up Before a Big Ask

Narcissists ignore James 2:1-13 and they show partiality towards the people they want something from. For example:

But clever narcissists know they can’t immediately ask a new person for a big thing. And so before the big ask, the narcissist takes time to butter this person up.

If someone you barely know is being overly nice and doing everything they can to get on your good side and then they all of a sudden ask for something big from you, this is a good sign God is exposing a narcissist to you.

3. They Complain About What You Are Not Doing

Normally people get offended by offensive actions. Narcissists get offended when people don’t act the way they think they should act because the narcissist believes they should have control over everything, including what people do or don’t do.

So if you are in a relationship with someone and you are starting to see a theme from them where they are getting offended by what you are not doing, this is often an early warning sign you are dealing with a narcissist who is obsessed with control.

Look for someone who practices Proverbs 12:16, “The vexation of a fool is known at once, but the prudent ignores an insult.”

4. They Build You Up in Private and Tear You Down in Public

Most abusive people will actually lift you up in public and tear you down in private. But a narcissist often does the opposite because they care more about their social standing than their individual relationship with you.

They often say the right thing when you are one-on-one so that you will put up with the public putdowns they do to exalt themselves in the eyes of others. For example:

Try to be around people who want what Psalm 119:36 states, “Incline my heart to your testimonies, and not to selfish gain!”

5. They Are Using Some Sort of Manipulative Method to Try to Get You Attached to Them

Narcissists want people to be attached to them so that they can misuse them over and over again (Proverbs 13:20).

But they know it takes time to get these strong bonds formed. To speed up the process of an unhealthy attachment, narcissists often employ manipulative practices such as love bombing, gaslighting, ghosting and then retuning, and guilt tripping (Proverbs 27:6).

For more information about these 4 specific tactics of a narcissist, you may want to read my article called, 4 Tactic of a Narcissist.